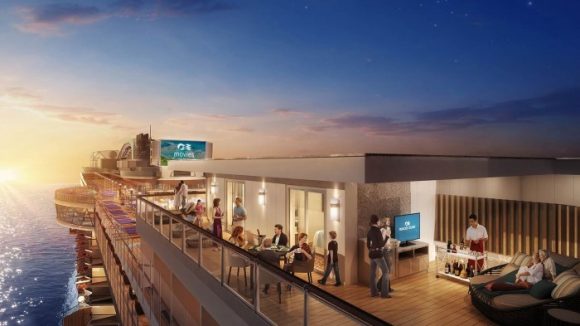 A Look at Some of the New Ships for Carnival Corporation, Part 2

Last week, we reported on some of the most exciting new ships that are on Carnival Corporation’s orderbook. There are many different ships coming within the next few years, and there’s more than enough to get excited about. However, we were only barely able to scratch the surface in the last article. So let’s take a closer look at some more of the ships that we can look forward to in the near future.

Here’s one that we can get excited about hopefully debuting later this year. The Enchanted Princess is the next ship planned to enter Princess’ fleet, and it has a maiden voyage scheduled for July 1st, 2020. Obviously this date is subject to change due to the coronavirus, but as of now it appears to be on schedule. It will be Princess’ fifth Royal class ship, which is their biggest class. It will be around 150,000 gross tons, meaning it’s about the same size as Princess’ biggest ship, Sky Princess. It’s slated to have a huge balcony and a landmark number of hot tubs and pools. We can’t wait for this one.

Following Costa Firenze in October 2020, the Costa Toscana will be the newest ship for Costa. We don’t know a whole lot about this ship, but we know enough to be a little hyped for it. The main factor here is that it is a sister ship to the existing Costa Smeralda, meaning that it will be powered by liquefied natural gas (LNG). As time goes on, more and more ships being ordered seem to be LNG-powered, which indicates a very hopeful trend for the cruise industry. It being the sister ship to the Smeralda also means that it will be one of the biggest ships in the world, as the Smeralda is currently the fifth biggest. There isn’t a concrete date that this ship will be sailing, but it’s set for sometime in 2021.

AIDA Cruises may not be as well-known as some of the other cruise lines on this list, but that doesn’t make their new ship any less cool. The AIDAcosma is another LNG ship, and it has plenty of amenities that focus on exercise, including some unusual ones. There will be an indoor playground, a track for runners, and a bouldering wall for aspiring rock climbers. If you’re not into exercising, that’s fine, as there will be 23 bars and 17 restaurants. Oh, and a sea-view sauna.

If you’re excited about these ships (and you definitely should be!), stay tuned to this site for any further details on them. We’ll be sure to keep you updated. 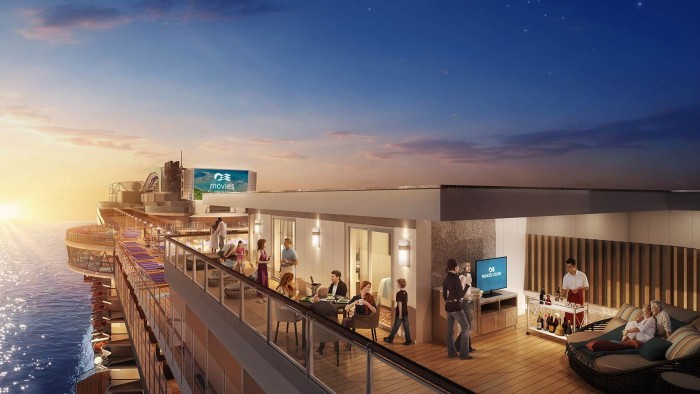 Article Name
A Look at Some of the New Ships for Carnival Corporation, Part 2
Description
Let's take a closer look at some more of the ships that we can look forward to coming in the near future.
Author
Ben Mangelsdorf
Comments: 0 Posted by: Ben Mangelsdorf Categories: Costa Cruises, Cruise Lines, Cruise News, Princess Cruises

← How Can Cruise Lines Start Back Up Again During a Pandemic?
Cruise Line Profiles: AIDA Cruises →