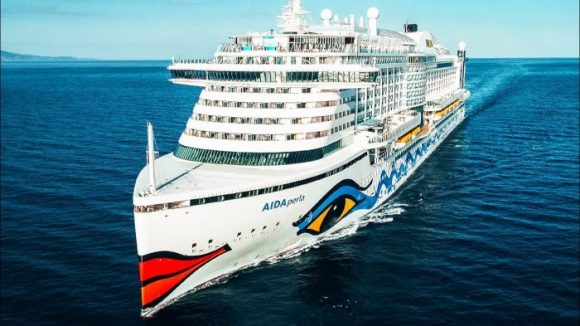 AIDA has now joined the relatively short list of cruise lines that are currently operating. The German cruise line had been prepping to get back into the waters for a while now, and they were finally able to get back into business on October 17th. Following Costa as the second cruise line owned by the Carnival Corporation to resume operations, AIDA is the next step in Carnival’s goal of restarting the operations of several of their cruise lines. AIDA only brought back one ship on Saturday: the AIDAblu. Here are all the details you need to know about AIDAblu’s current plans.

The first ship to begin sailing again for AIDA is the AIDAblu. Joining the AIDA fleet in 2010, AIDAblu has a capacity of about 2000 passengers. As you might expect, however, the capacity has been limited by quite a bit with social distancing in mind. There will also be, according to Travel Daily News, “enhanced health protocols developed in coordination with government and health authorities to follow shoreside mitigation guidelines.” While there aren’t many details about these health protocols now, we can assume that they will largely be similar to Costa’s.

Starting on October 17th, the AIDAblu will be sailing week-long itineraries from Civitavecchia in Italy. These itineraries will occur every week until November 28th, at which point it is assumed that the AIDAblu will change its destinations. The current ports that it will be visiting along its route are Palermo, Naples, La Spezia, Catania, and Rome. The next locations that AIDAblu will be visiting have yet to be revealed, however, the Mediterranean is one of the only regions where cruises are currently allowed. Something major would have to change by December for it to sail outside of Italy.

Being strict about health rules

While the exact health protocols that AIDA is using aren’t yet known to those who aren’t on the ship, we do know that they are being strict about it. During their first sailing, AIDA refused boarding to a guest who did not follow the rules. Rather than sticking with the group during a shore excursion, this particular passenger went off on his own. Because the cruise line had no idea what he had been doing and whether or not he had been safe, they then did not allow him back on the ship. In a statement, the company stated that they would “support the guest in organizing his return trip.”

We’re glad to see AIDA back in business, and we’re even more glad that they are being serious about the safety of their guests. Hopefully the next few itineraries on AIDAblu go well!

← A Small Outbreak of Coronavirus on Costa Diadema
Are New Air Filtration Systems the Key to Making Cruises Safe? →