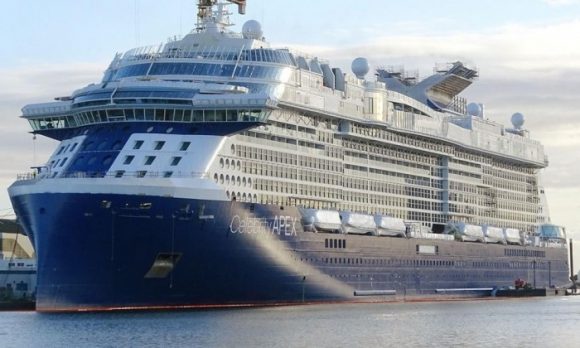 An Update on the Newbuild Ships for Holland America, P&O, and Celebrity

There aren’t many ships sailing right now (although there are a few), but that doesn’t mean that all newbuild ships are on pause. Companies across the cruise industry have used this lull in activity to continue working on new ships for their fleets. Several of these ships are getting close to being ready to sail. Pending the end of the CDC No Sail Order, we are likely going to see many new ships in the water! Here are the latest updates on new ships for three cruise lines: Holland America Line, P&O Cruises, and Celebrity Cruises.

Holland America made headlines a few months ago when they sold off two of their ships to Fred. Olsen Cruise Line. One of those two ships was Rotterdam, a ship built back in 1997. This sale to Fred. Olsen isn’t the end of the line for Rotterdam, though. The new ship for Holland America, which is currently being built at Fincantieri, recently had its name changed to Rotterdam. This means that it will be a spiritual successor to their classic vessel. The building process seems to be going smoothly. On October 8th, the ship was floated out at Fincantieri. This means that the ship is now far enough along in its construction that the remaining work will take place while it is in water. This is a great sign for Rotterdam being ready to sail by its expected July 2021 debut date!

P&O celebrated an exciting moment when their newest ship, Iona, was delivered to them on October 12th. The ship was constructed in Germany and is now an official member of the P&O fleet. That doesn’t mean it will be sailing soon, though, as P&O’s guest operations will be on pause for the rest of the year. But we’re sure many are going to want to book with Iona as soon as possible, which is a great thing for the cruise line. Some of the draws of Iona include its size of 184,000 tons, 17 total decks, and the fact that it is the first British ship to be powered by liquefied natural gas.

Like P&O, Celebrity also welcomed a new ship into their ranks: Celebrity Apex. A ceremony was held at sea on October 13th that found Apex greeted by a number of the other ships from the Celebrity fleet. It will now go back with the rest of Celebrity’s ships to await the okay to sail again. Its current plans are to sail this winter season, but it remains to be seen if this will be allowed.

During this pandemic, it’s always reassuring to see signs like this that indicate the cruise industry is still plenty healthy. We’re looking forward to seeing how travelers enjoy these ships when the time is right!