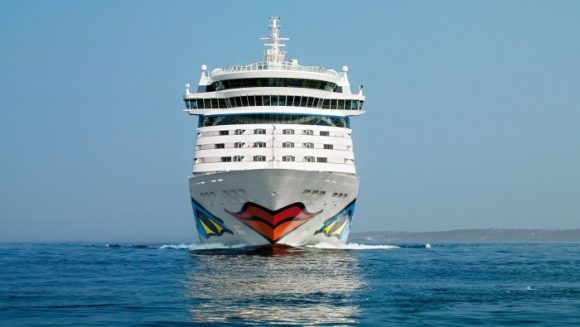 This week, both P&O Cruises and Hurtigruten announced that they would be cancelling large groups of itineraries this year. Interestingly, AIDA also announced their plans to restart operations. It seems that the cruise industry is still very much in flux, and we can honestly say it is very hard to predict what will happen going forward. Regardless, here are all the details from P&O, Hurtigruten, and AIDA.

Okay, this is a pretty big one. P&O announced that they will not be sailing at all until 2021 at least. This means that all current 2020 itineraries are now cancelled. They also gave some further specific information about their Caribbean cruises, stating that they would all be cancelled until February 2021. Additionally, itineraries that involve Southampton will not sail until March 2021. In a press release, the cruise line mainly cited “evolving restrictions on travel from the U.K.” as the reason for the cancellations. We will have to wait and see if this indicates a worrying trend for other U.K.-based cruise lines to have similar cancellations.

Hurtigruten also announced that they will be cancelling a major portion of their 2020 sailings. They had planned to start off their Antarctica season this October, but it seems this will no longer be happening. In fact, they have cancelled the first three months of their Antarctica season, meaning they will not be sailing to the region beginning in January 2021. Because Hurtigruten is mainly known for its expeditions to polar regions, this is likely a pretty big deal for them. They now plan to move forward with “even stricter COVID-19 measures in place,” including “testing for all guests.”

In contrast to Hurtigruten and P&O, AIDA is gearing up to follow in Costa’s footsteps by resuming sailing operations. Their original plan was to begin this November, but they are now planning to sail on October 17th, 2020. The cruise line didn’t cite any COVID-based reasoning for moving up their restart date. Instead, it seems they simply have added a new (and earlier) series of itineraries that will visit Italy. These itineraries will each last seven days and will depart weekly from Civitavecchia beginning on October 17th. You can book a spot on one of these cruises starting on September 21st.

While it seems that the cancellations are still rolling in, certain areas of the world are beginning to become more comfortable with cruising. We have no idea how long it will take for this to become the norm again, but we’re hoping it will be sooner rather than later!

← Carnival Corporation Releases an Update on Their Financial Standings, Plans to Change Fleet
Why Cruising to Australia Won’t be Happening Anytime Soon →