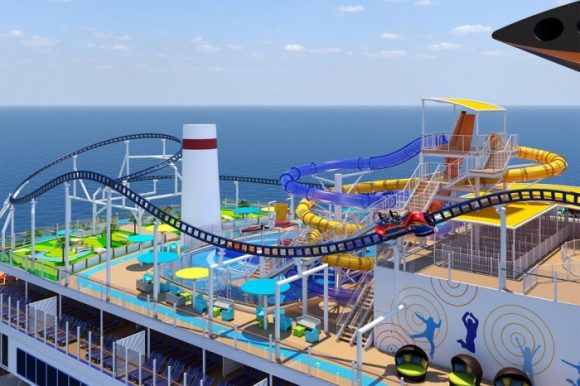 BOLT, the First Roller Coaster on a Cruise

Carnival’s new ship, Mardi Gras, isn’t going to set sail until 2020, but the news about its on-board roller coaster might have you itching to catch a ride. Titled the BOLT, it’s set to be the centerpiece of the planned Ultimate Playground, an amusement park on Mardi Gras. There are a ton of unique things about BOLT, but the most important is that it will be the first ever roller coaster at sea, making it a huge advancement in the cruise industry.

The coaster aims to appeal to a wide variety of passengers. While it can go up to 40 miles per hour, you’re allowed to control your own speed, meaning you can take it slower and enjoy the sights. And there will definitely be sights to be had: the track is 800 feet long and climbs to 187 feet above sea level, giving unparalleled views of the ocean whipping past you. The track is what you’d expect on any good roller coaster, and features massive slopes to ascend and glide down in addition to hairpin turns. There don’t seem to be any upside-down sections or anything of that nature on the BOLT, but let’s not rule it out for whoever makes the second roller coaster at sea. You’ll be able to keep track of your speed via a speedometer and speakers will supply sound effects to make the ride that much more exciting (though we’re not sure it even needs it!).

A completely new concept, designing the BOLT proved to be a challenge for those involved. The Director of Innovation for Carnival noted that the movement of the ship itself had to be included in the design process, something which obviously had never been done before. The design eventually settled upon uses a roller coaster called the Spike Coaster, which is electric and very quiet. The vehicle on the tracks is said to be like a motorcycle, and it’ll only take a minute to get across the entirety of the ride if you’re going as fast as possible.

The BOLT will cost extra for those onboard the Mardi Gras, though it hasn’t been announced just how much a ride will cost yet. Regardless, this sounds like a must-do for anyone that plans to take a trip on Carnival’s new ship once it sets sail. And, hey, that day isn’t too far off now: Mardi Gras’ first itineraries are in August of 2020 and are available now on Carnival’s website, so go check it out if you’re the type of thrill seeker that needs a ride on the BOLT! 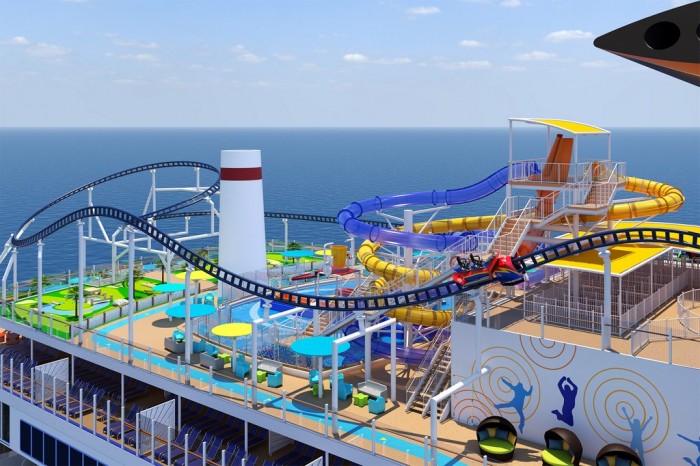