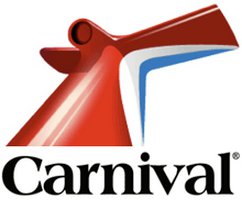 As restrictions on travel to Cuba for U.S. citizens begin to be lifted, one of the immediate questions is when there will be cruises to Cuba, or more precisely cruises operated by American companies that sail from U.S. ports to Cuba. (Currently, plenty of cruise ships sail to Cuba – they are just cut off from the American market as a result of the decades-old embargo.) A large number of cruise companies, both large and small, are planning cruises to Cuba, but in this article we focus primarily on Carnival Cruise Lines.

We do this first of all because Carnival, operator of nine separate cruise lines and 101 ships, is by far the largest cruise company in the world. Thus, the decisions of Carnival, and any new itineraries they introduce, have an out-sized impact on the market, and new Carnival sailings to, say, Havana could introduce travel to Cuba to people who might not otherwise consider it. Second of all, Carnival has already moved quite aggressively on introducing cruises to Cuba. Just this year, the company introduced a new brand called Fathom, which focuses on “social-impact cruises.” Fathom cruises will take place on the Adonia, a relatively small ship that is currently in the P&O Cruises fleet, and will begin in April with a volunteer cruise to the Dominican Republic. The following month, in May, the Fathom will start offering week-long cruises from Miami to Cuba, provided Cuban authorities sign off on the plans, which have already been approved by the U.S. Department of the Treasury and the U.S. Department of Commerce.

Carnival has moved swiftly to start offering U.S. citizens a way to visit Cuba, and this is likely only the very beginning. Relations between the U.S. and Cuba are not yet fully normalized, and leisure travel for Americans to Cuba is still prohibited. However, if you are a traveler who falls under one of 12 approved categories – if you are humanitarian worker, for instance – you can travel to Cuba, and thanks to the recent American-Cuban rapprochement, you can do this without obtaining a license in advance. Carnival has seized on this initial development by offering cruises that double as volunteering missions. A huge number of people have expressed interest in these social-impact cruises, indicating the level of interest in travel to Cuba, and once U.S. citizens can more easily travel to Cuba, far more travel opportunities will be offered.

The cruise industry is therefore positioned for a surge of expansion fueled by travel to Cuba, assuming diplomatic ties between the U.S. and Cuba continue to strengthen. However, even if U.S. citizens could freely travel to Cuba suddenly, it will take a while for the island nation to be fully integrated into the Caribbean cruise circuit. At the moment, the infrastructure of the country’s ports can only accommodate smaller cruise vessels. The cruise ships that can presently visit Cuba – i.e., the cruise ships that aren’t run by American companies – all hold under 1,000 people. Considering the size of today’s cruise ships, this is a severe limitation, but ports will no doubt be quickly developed to handle larger vessels if free travel to Cuba should become a reality.

For now, it is still a little tricky for Americans to get to Cuba, and even the new Fathom social-impact cruises aren’t certain to be approved. However, things are moving in the right direction for those who want to travel to Cuba, and we won’t be surprised to see Cuba evolve into a major cruise destination given its close proximity to Miami, the cruise capital of the world.

If you want to learn more about Carnival volunteer cruises to Cuba, check out the Fathom website.