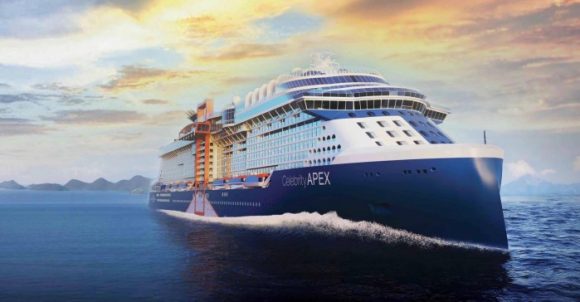 Celebrity Cruises has announced that it has partnered up with Gwyneth Paltrow’s interestingly named lifestyle brand, goop (the lowercase g is for style!). The two forces (because let’s be honest, Mrs. Paltrow is definitely a force to reckoned with) are teaming up for an 11-night cruise on the Celebrity Apex that will last from August 26 through September 6. The cruise is being called the “first goop at Sea experience,” which is a phrase that is as exciting as it is befuddling. The cruise itself is through the Mediterranean, though the exact ports are not currently known.

A press release is billing the trip as a wellness cruise, something that makes sense with the mission of goop. The Paltrow-run company began as a natural health newsletter giving life advice before blossoming into other realms like commerce, fashion and Netflix. Seriously, the company has its own Netflix special! That’s legit. goop has also had six different wellness summits focused on promoting alternative and holistic medicines, even going as far as to dispute vaccinations, a subject we don’t feel like getting into right now. Gwen’s ultimate goal was to get goop on the go, and a partnership with Celebrity is the first step in making that dream a reality!

On the cruise, there will be three sessions dedicated to health, with one focusing on the body, one on the mind and one on the soul. Gwen herself will be on the cruise on August 30, as well as Elise Loehnen, the chief content officer of goop. They’ll host an event that night, and be open for a meet-and-greet as well. Their special goop healers will also be on the ship and available for guests to meet.

About the cruise, Paltrow is quoted as saying that the “partnership with Celebrity Cruises allows us to bring goop to new audiences and to meet readers where they are. goop’s brand DNA is based in curiosity, and curiosity is an essential component of travel. With goop at Sea, we’ll be invoking that adventurous spirit with a series of transformative experiences led by a few of our most-trusted wellness practitioners and healers.” Sounds pretty interesting, definitely.

If you’re interested, we recommend keeping an eye out for tickets. We also recommend looking into goop to make sure your ideals align with theirs before hopping on the cruise. You know, alternative medicine isn’t for everyone! But hey, if that’s your thing, Gwen’s got your back, baby.

← 2020’s Most Exciting Themed Cruises
Everything You Need to Know About Quark’s New Polar Vessel, Ultramarine →