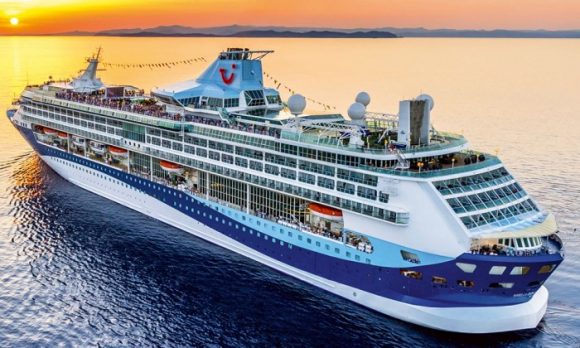 The British-based Marella Cruises is one company that isn’t on the radar for everyone. They aren’t exactly the biggest name in the industry, nor in British cruising, and that’s partially due to a rebranding: they changed their name from Thomson to Marella in late 2017. However, any British person (or anyone, for that matter) looking to book a cruise should be aware of their options, and Marella should be on the list. So let’s take a look at what they have to offer to see if they’d be right for you.

Marella is pretty solidly in the middle of the cruise industry in terms of price. On the cheaper end, you can find itineraries around 900 pounds (or about $1116 USD, for American readers). Most end up falling between 1000 and 1500 pounds, though there are a few that are a bit more expensive. It’s not a luxury line, but it’s not exactly a budget line either. It should also be noted that these prices are somewhat inclusive: you’ll pay out of pocket for special restaurants and upgrades on wine, as well as spa treatments. But for most day-to-day stuff, it’s included.

Marella is definitely known for some fun on-board activities. Most of them are for the more high-energy crowd. Think rock climbing, games, and virtual reality (ooh, fun). The food on Marella ships is nice and varied. There’s an Italian restaurant among several others that cater to English tastebuds, and lots of places to stock up on snacks. The restaurants aren’t really the main draw on these ships, but most of them are honestly very beautiful.

Marella should be thought of as a good introductory cruise line, although it may not offer enough for those seeking a really specialized experience. They aren’t particularly known for any one area, but they do almost everything very well. They’re reviewed very well online, with most guests rating them a 4 or 5 out of 5. They cater well to young people and families, but if you’re not within those demographics you may want to consider a different cruise line.

Like all cruise lines, Marella may not be for everyone. With that being said, a large percentage of people would be completely happy with a Marella cruise. If you’re looking for pure luxury and high-class culture, maybe try looking elsewhere.