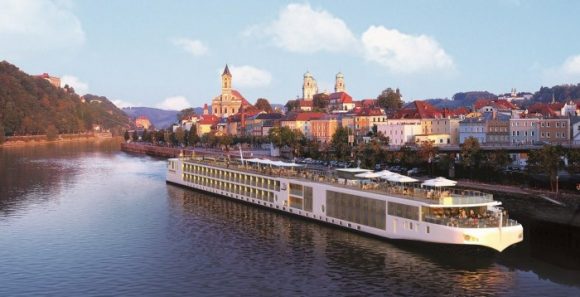 As the company that claims to have invented modern river cruising, Viking should be an option that everyone looking to take a river cruise looks at. But what is it exactly that separates Viking from its competitors? Even if it was the first, is it the best? Let’s learn all about Viking River Cruises.

We could go over every single river ship that Viking has in its fleet, but we feel that that might be a waste of your time. Because Viking offers river cruises in many different areas of the world, they have an impressively large fleet of 76 different vessels. The vast majority of these ships have a capacity of between 100 and 190 guests, but there are a few that offer a slightly more intimate or more populous experience. In general, though, know that you should be paying more attention to the itinerary itself rather than the ship. Your experience will ultimately not vary a lot from ship to ship.

Viking may be one of the more popular purveyors of river cruises around the world, but that isn’t because their tickets are dirt cheap. They offer a sense of luxury on their ships, and their prices tend to reflect that. Most week-long trips are in the range of $3000 to $5000, and this does not include airfare. Viking also offers longer river cruises, but the prices increase as you might expect. For instance, a 22-day trip around Europe starts at a little bit below $8000.

Like most other river cruise lines, Viking River Cruises isn’t a company renowned for their onboard activities. The activities that you’ll be partaking in are largely off of the ships. You will be stopping at port city after port city, and you’ll get plenty of time to explore each place that you visit. You’ll get to learn about the history and culture of different cities as you travel around. The main draw to these cruises is getting to experience a series of new places, so if you are looking for something other than that, it may be best to look elsewhere.

Viking has a great reputation within the river cruise industry. People tend to think of them as one of the best around due to amazing customer service, interesting itineraries, and a huge variety of options. However, some guests have objected to Viking’s tendency to offer cheap airfare that isn’t quite up to the standard of quality that you might expect based on their cruises. In general, though, if you are looking for a calm cruise experience that lets you really immerse yourself in a new culture, Viking is a great place to start.

If you wanna check out all that Viking River Cruises has to offer, head over to their website.

← How to Stay Excited about Cruising While You Wait for Cruises to Become Safe Again
Great News for MSC: Possible Japan Start, New Deal with Southampton →