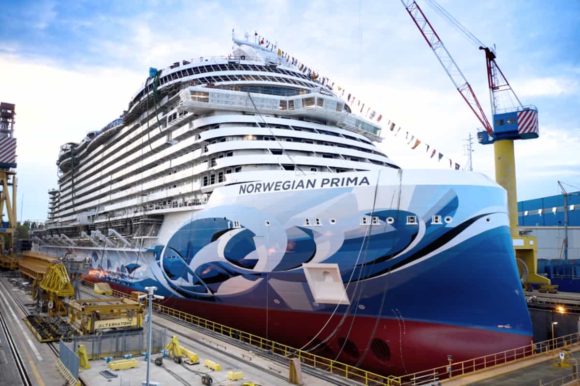 The Russian invasion of Ukraine is impacting the entire world right now. The cruise industry is even beginning to feel the effects. Multiple cruise lines have started to take actions that are a direct result of the conflict. Some of them have moved to cancel itineraries in Russia while others are trying to use their ships to offer more direct assistance to Ukrainian people. One thing is certain: the longer this conflict goes on for, the more cruise lines we are going to see making moves as a response to it.

Multiple cruise lines thus far have been confirmed to have cancelled Russian itineraries: Norwegian Cruise Line and all companies under the Carnival umbrella have dropped their Russian port calls. For Norwegian, this affects three of their ships that were set to visit St. Petersburg this year. Norwegian Dawn had to remove Russian calls from seven of its itineraries between June and August 2022. Norwegian Getaway had a whopping 17 Russian calls cancelled between May and September 2022. Finally, Norwegian Prima’s one stop in Russia on September 3rd, 2022 will no longer happen.

As for the Carnival brand cruise lines, the exact cancelled port calls have not yet been specified. They did make a statement on February 26th, however, saying, “In light of the recent attacks by Russia in Ukraine, Carnival Corporation brands will be modifying our itineraries in the coming week once alternative ports can be confirmed. We stand for peace.” Eight of their nine cruise lines had calls in Russia in their schedules for 2022, so it may take some time for them to secure new ports to visit.

These cancelled calls may not be entirely politically motivated. While making a statement to Russia was likely part of the decision, it also just makes sense on a practical level to pull out of the country. Visiting the nation may not be entirely safe right now due to the political and military instability. Additionally, shareholders have been calling for cruise lines to make a statement on the conflict; Carnival’s Twitter replies show investors praising the decision.

On the other hand, Royal Caribbean is trying to help out their Ukrainian crew members by helping them contact their families and return home if they want to. They are also moving to help Ukrainian team members get onto their ships sooner rather than later. Michael Bayley, the CEO of Royal, said, “We are trying to expedite any Ukrainian crew who wishes to join any of our ships earlier than scheduled. Counseling has been made available to them and ships captains and management are obviously in daily communication with them to offer assistance as needed.”

It’s always good to see cruise lines making the right decisions in times of global uncertainty. It is likely that even more companies will make moves similar to these in the coming weeks.