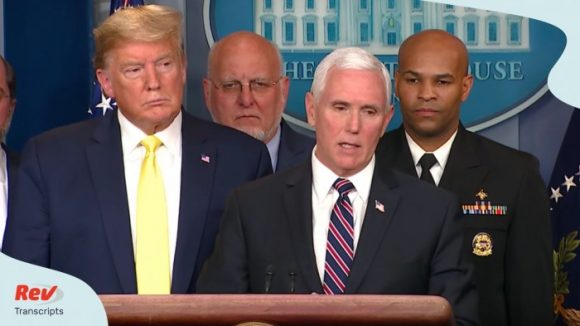 This has been an interesting week in cruise news, no doubt about it. There’s a new quarantine situation off the coast of California, which is definitely alarming. On the bright side, there’s big bucks to be saved over at Seabourn, which should be alarming (in a good way) for those of us wanting a cheaper way to book a luxury cruise. However, there are a few smaller stories that slipped through the cracks, but they’re equally as intriguing. Let’s take a look at them!

If you’re reading this right now, chances are that you are aware of the fact that the cruise industry is having a rough go of it with coronavirus right now. You also probably know that Vice President Mike Pence was recently appointed as the head of the coronavirus task force in the United States. On March 4, Pence spoke about cruises specifically. He said that “there are unique challenges that our experts tell us [about] in a closed environment of a cruise [ship].” Because of this, he plans to meet up with “people in that industry” to learn more and discuss what should be done. It will be interesting to see how this plays out and what kind of advancements can be made to make the cruise industry safer for everyone.

Victory Cruise Lines announced a brand new ship for their company that is due in 2023. It’s called the Ocean Discoverer and will sail in Alaska. It’s a sister ship to their other Alaska-based vessel, the Ocean Victory, and carries 93 suites. It is planned to have 100 crew for 50 passengers. On the ship, travelers can expect multiple restaurants and lounges, relaxation areas like spas and a jacuzzi, a gym, and a library, among other amenities. You can get a sense of the ship by checking out Victory’s page for Ocean Victory over HERE https://www.victorycruiselines.com/our-vessels/ocean-victory/. Needless to say, it looks pretty luxurious.

Adam Goldstein has left Royal Caribbean. The company made a statement about his role over time, saying that he “has made countless contributions to our company since the day he came to RCL in 1988. Adam worked his way up through various roles at the company to eventually serve as president and CEO of Royal Caribbean International, president and COO of RCL, and most recently as vice chairman.” It’s unclear exactly why he is leaving the company, but it definitely appears to be a big shift for Royal.

While the immediate future of the cruise industry looks a bit dark, there’s clearly still plenty to look forward to. Hopefully the government’s involvement will help cut down on coronavirus cases on ships, and Victory’s newest vessel promises to be an excellent choice for those looking to take expeditions to Alaska. Focus on the good things, folks!

← The Most Recent Coronavirus-related Cruise Cancellations
Are You Celiac or Gluten-Free? Check Out These Gluten-Free Cruises! →