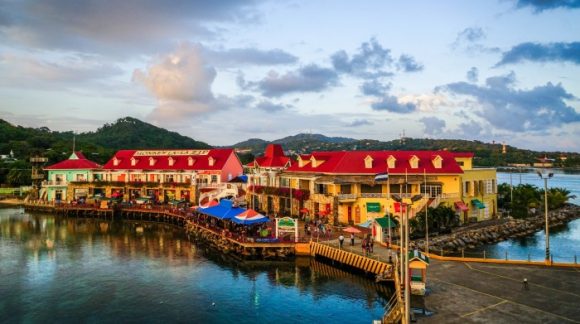 Even though it’s not typically one of the most talked about cruise ship ports of call, Roatan is a Western Caribbean destination with something for everyone.

This thin strip of land that lays east-west in the Caribbean is among the Bay Islands that sit about 40 miles from the coast of Central America’s Honduras. For hundreds of years, it’s been visited by seafarers, pirates, armed forces, and others. The indigenous people suffered greatly under European colonialism, and today the population is made up primarily of people with European/British and Afro/Caribbean heritage. Around 100 years ago began a big migration to Roatán from the Honduran mainland which later transformed into a migration of English-speaking people from North America, the British Isles, Australia, and South America before Roatán hit its current stride as a tourist destination best known as a snorkeling and diving paradise, with abundant fish and coral.

From sandy shores to forested mountains, for a small island, Roatán has a startling diverse geography. The climate here is tropical rainforest. Rainfall peaks in the early fall, although the chances of drizzle continue to increase into the winter months. The temps reach the high 80s (F) from mid-summer through the fall, with cooler temperatures (low 80s) around December/January. Most tourists visit from late fall through spring (May). Although the island doesn’t get hit by a lot of hurricanes, it is possible.

Which Cruise Lines Go There?

There are several cruise lines that make Roatán a port of call in the Western Caribbean. Most of them depart from Miami or Tampa, Florida, or Galveston, Texas. They include Carnival, Royal Caribbean, Norwegian, and Princess cruises. These cruises can last from 6 to 14 nights.

Cruise ships dock at Mahogany Bay, which offers the typical port of call amenities like shopping, restaurants, and bars for seaside relaxation under the warm Caribbean sun. Outdoor activities are very popular, from beach swimming and sunbathing to hiking, snorkeling, diving, and jungle tours, both on the ground and through the canopy. Of particular note:

Explore all that Roatán has to offer before you go through the tourism website https://discoverroatan.net/