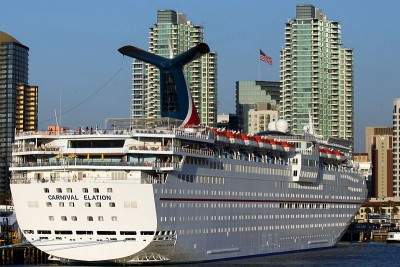 With the third longest coastline of any state in the U.S., it should come as no surprise that there are many California cruises, by which we simply mean cruises that depart from (and in almost all cases return to) California. While not quite the cruise mecca that is Florida, essentially every major cruise line operates at least one ship out of one cruise departure port in California, which are found in San Francisco, Los Angeles, Long Beach, and San Diego. Some cruise lines base several vessels in California, and a few companies operate out of multiple ports. Basically, there is no shortage of cruises from California – in fact, the abundant possibilities are somewhat intimidating – so we’ve compiled the following guide to cruises from California.

It would be both tedious and unhelpful to list every single cruise you can take out of California, so we’ll focus on the larger picture, a lot of which can be captured by laying out which cruise lines depart from each port.

Apart from the sheer number of options available, there are several interesting things about this data set, and two things in particular deserve comment. First, and as is the case at ports around the world, cruise lines tend to concentrate their ships at particular ports. This is important because if you always sail with one cruise line, as many people do, it is helpful to know the main ports from which this cruise line operates. For instance, if you want to take a Carnival cruise out of California, you can only go to Long Beach, or if you want to sail on Norwegian, Los Angeles is your only choice. (As an interesting side note, the Port of Long Beach, even though it doesn’t handle as many cruise ships, is actually the second busiest port in the US after the Port of Los Angeles.)

Second, you’ll notice that there are many different cruise lines operating out of California, meaning you can take a cruise of basically any style from one of the ports within the state. If you always go for the cheapest possible cruise, the biggest cruise lines are often your best shot, and of the six largest cruise lines in the world, four of them sail from California. If, on the other hand, you tend to go for more expensive cruises, several luxury cruise lines depart from California as well.

As for destinations, you can basically take a cruise from California to anywhere in the world. However, this is the case because there are a few world cruises (generally operated by luxury lines) that sail from California, and since these by definition sail all over the world, you can technically get just about everywhere on a California cruise. But of course some destinations are more popular than others, and the popular destinations of California cruises are related to geography. Thus, cruises to Hawaii, Mexico, and Alaska are particularly abundant, and thanks to the Panama Canal, you can also get to a number of destinations that aren’t in the Pacific Ocean.

If you want to take a cruise from California, there are clearly plenty of options. You can basically sail with any cruise line you want, and you can also get to a number of the world’s best cruise destinations. There are cruise vacations that can’t be had from California, but they are few.

← How to Book a Circle Line Cruise
Explorer of the Seas, the Royal Caribbean Cruise Ship Filled with Sick Passengers, Returns to Port →