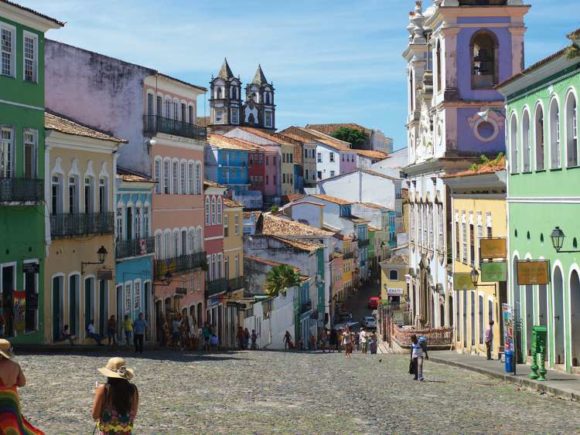 Cruises Returning to Brazil in November 2021

The country of Brazil has been closed off to the cruise industry for a while now. But cruises are returning in November! This news makes it one of the first countries to reopen to cruise travel in a while, and we can only hope that it will mark the beginning of a trend. We’re looking at you, Australia! Here are the details that we know about Brazilian cruising right now.

“The cruise season is authorized”

On October 4th, Brazil’s Minister of Tourism announced that the government had given the okay for cruise travel. “We’ll have cruises this year,” he said. “The cruise season is authorized.” The country will begin allowing ships to visit again starting in November, and they don’t have any plans to rescind that permission again. They are also currently planning to open up the entire country. That means that there won’t be any ports that will be skipped. All of the major cities that cruise travelers love to visit – such as Rio de Janeiro and Fortaleza – will be open for business once again. The cruise industry has a massive impact on the Brazilian economy, so this will likely be a huge boon for the nation.

Cruises being allowed back to Brazil is great news, but what kinds of safety protocols can we expect? As of right now, the specifics are not yet announced. We do know a few things, however. For the most part, cruises won’t be operating normally when visiting the country. Many of the same practices being used in the United States will be used there as well. Face masks and reduced capacities will help keep passengers safe, and strict testing requirements are also expected to be enacted. Whether or not vaccinations will be required isn’t yet known. It has been said that crew members will likely need to be fully vaccinated, but we don’t know if the same will be expected of guests.

One more change to cruise protocol in the nation will involve shore excursions. According to Cruise Industry News, excursions will “need to be organized by the cruise lines in a bubble format, following the protocols implemented by, not only the ships, but also of the cities being visited.” This is likely to protect the port cities from the spread of COVID-19. It will also help travelers lower their own risk of contracting COVID while off of the ship.

We’re excited to see cruises returning to Brazil! We’re really hoping that this is the start of yet another comeback for the industry.

Article Name
Cruises Returning to Brazil in November 2021
Description
The country of Brazil has been closed off to the cruise industry for a while now. But cruises are returning in November!
Author
Ben Mangelsdorf
Comments: 0 Posted by: Ben Mangelsdorf Categories: Cruise Lines, Cruise News

← Love LEGOS? AIDA’s Got Your Back with New Brick-Based Shopping Experience
Will Expedition Cruises Make a Healthy Recovery Post-Pandemic? →