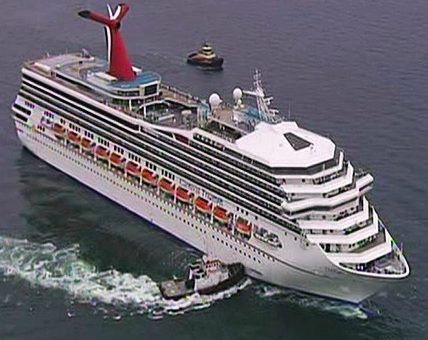 Cruising Complications for Cities at Sea

While there have been very few tragedies involving cruise ships in recent years, there are still many unexpected events which can occur while passengers are on the floating cities at sea. As with anything that is mechanical, there can be everything from slight blips in a system to more catastrophic system failures, but all of these can have an impact on the passengers’ enjoyment of their hard-earned vacation.

Recently, the Carnival Valor lost power on the second day of a five-day cruise from Galveston, Texas to Cozumel, Mexico. The ship was without power for around an hour. A Carnival spokesperson announced that the power loss was only temporary and only affected certain functions on the ship, one of which was the air conditioning. While this example only cost the ship about an hour on their journey, some issues such as the recent air conditioning failure on the Royal Caribbean Anthem of the Seas impacts the ship for the entire cruise or even multiple cruises.

In October while on a cruise out of Port Canaveral, the Carnival Sunshine began to tilt on its side. Crew members stated that the ship began to list, or tilt, because of a technical malfunction. Initially, passenger thought it to be just the rocking motion of the ship, but panic began to rise as the ship did not return to an upright position. One passenger reported that plates and utensils began to slide off of the tables and then the tables began to slide across the deck.

Carnival Cruise Line took to social media to report that one of the breakers on the Sunshine experienced technical issues causing the ship to list to one side. Officers quickly intervened and corrected the issue. They also mentioned that the stabilization of the ship is a feature for the comfort of passengers only and did not create any safety issues for the function of the ship. A letter was distributed to the passengers of the ship along with a $50 onboard voucher to “make up” for the issue.

These types of mechanical issues in addition to the illnesses which have been running rampant on cruise ships recently should be enough reason for cruise passengers to seek out some reliable trip insurance which will provide adequate compensation for lost vacation time rather than the token amounts offered by cruise lines. Sites such as https://www.travelinsurance.com/vacation-insurance/ offer a variety of options that can cover just your ability to travel or an interruption in your holiday due to weather or other mitigating factors.

Article Name
Cruising Complications for Cities at Sea
Description
While there have been very few tragedies involving cruise ships in recent years, there are still many unexpected events which can occur while passengers are on the floating cities at sea.
Comments: 0 Posted by: Kathy Categories: Carnival Cruise Lines, Cruise News, Everything Else, Royal Caribbean Cruises