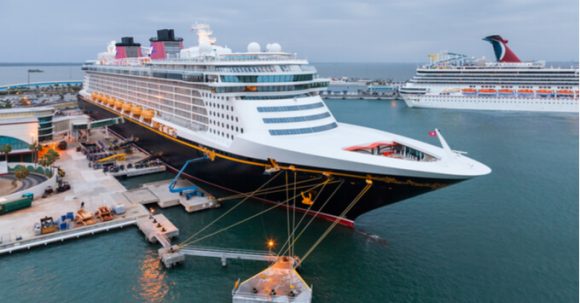 It seems that nearly every day brings the news of more and more cruise lines stating that it will be even longer before they can resume operations. On one hand, this is obviously pretty bad. These companies will struggle to find any revenue, and they will have to sink a good amount of money into lay ups. On the other hand, cruise lines taking coronavirus seriously means that the virus will die off sooner, which in turn means that they can start up again sooner. It’s a give and take, in a way. Anyway, here are the cruise lines that have recently doubled down, as well as the dates that they plan to pick things back up again.

Costa, on April 9, has said that they will be extending their cancellations until May 30. While many major cruise lines like Carnival have most of their ships beginning operations again around May 15, Costa is opting for later in the month, citing “the continuation of containment measures such as closing ports and restrictions on the movement of people” as the main reason.

Disney isn’t one of the cruise lines that is looking to wait until May to get back into the action. Instead, they are currently aiming for April 28 for most of their ships. One vessel, however, will wait longer. Disney Wonder will not sail again until the end of June. Disney fans should also be aware that the Disney Magic will not sail to Europe again until the middle of May.

If you’re looking to take an exciting expedition with Hurtigruten, you’ll have to wait, as they have extended their suspensions until May 12. Additionally, Canadian restrictions have forced the company to move their Alaskan sailings to July. They asserted in a statement that “the setback is only temporary.” They also reminded the world that they have not had any health problems related to COVID-19 aboard any of their ships, and it seems they plan to keep it that way.

Windstar will continue being out of the game until May 22, according to a statement from the company. The 2020 Alaskan sailings on the Star Breeze are also cancelled due to the seriousness of the situation in Italy, the country where it is docked.

Of course, with current CDC restrictions, it’s unclear if these companies will be able to resume operations at those times. But, assuming that these restrictions are eased or lifted, they will definitely be ready to get things up and running on those dates.

← Lindblad Secures Loan from Citibank
Was the Costa Deliziosa Really the Last Cruise Ship in the World to Dock? →