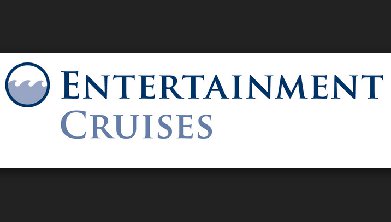 Entertainment Cruises operates sightseeing cruises and dining cruises in several major U.S. cities. Many of their ships can also be chartered for private events, like weddings and business parties. The company is perhaps best thought of as a conglomerate that operates several smaller, but closely related, cruise companies, including the large dining cruise operator Spirit Cruises. Between all these companies and the numerous ships spread among them, Entertainment Cruises is a major force in the dining cruise and yacht chartering industry.

Although this has perhaps already been implied, we should note up front that Entertainment Cruises is not in any way involved in the vacation cruise industry. None of the companies it operates is a cruise line that offers multiple-day sailings to ports around the world. Rather, the company specializes in cruises that only last in the two- to four-hour range. The cruise is either a regularly scheduled trip, like the various brunch, lunch, and dinner cruises they offer across the country, or else it is a privately chartered sailing.

So, as you can see, a city like Washington DC is served by three Entertainment Cruises companies – Spirit, Odyssey, and Elite – whereas South Florida is served only by one company – Windridge Yacht Charters – and Windridge happens to only operate in South Florida too. Although no company is completely alike, almost all of them focus on dining cruises, and even the two companies that primarily offer private cruises (Elite and Windridge) generally rent their ships for events that include a meal. The only company that has nothing to do with dining is Seadog, which offers sightseeing tours on a large speedboat.

For more information, check out the Entertainment Cruises website. Simply by virtue of the structure of the company, it is a somewhat complex site, but in general it has a nice layout, and it will lead you to whatever you need to know about a company owned by Entertainment Cruises or a city in which the conglomerate operates.