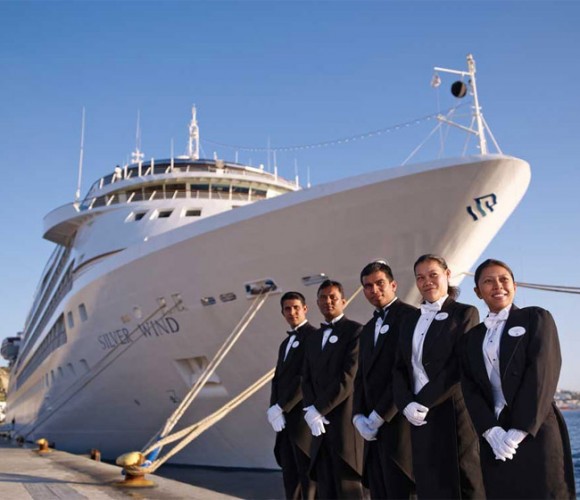 Furloughs and Lay-offs in the Cruise Industry

While a lot of cruise lines have been able to avoid making drastic changes to their employment until now, it seems that the time has come for furloughs and lay-offs. This week, several different large companies announced that they had to make the tough decision to let some of their workers go as their expenditures mount. Laid-up ships continually cost money to maintain, and cruise lines are making hardly any income. While there are some signs that the worst is past us (like Carnival seeing incredibly high bookings), that doesn’t mean it’s all good for all companies right now.

The massive Royal Caribbean is one of the cruise lines this week that announced they would be laying off some of their employees. Specifically, it is their Miami sector that is being affected, with a total of 521 lay-offs planned. They began laying off employees back on April 24, and they won’t be finished with this process until June 1. While Royal had previously spoken about these plans in general terms, this is the first time we are getting details to this extent. It’s also been revealed that those higher up in the company aren’t safe, as “among the cuts are 22 assistant project managers, 15 buyers for technical projects, four associate vice presidents, 15 secretaries and four vice president titles,” as per Cruise Industry News.

MSC Cruises USA, the United States-based division of the large international cruise line, will also be making some changes to its staff. They have thus far furloughed 128 of their employees. It’s unclear as of right now whether they plan to continue with more furloughs or if they are done. MSC Cruises USA is relatively small, with a fleet of four ships, which is both a blessing and a curse in this situation. While their maintenance costs are lower, they also likely have less capital built up to survive a situation like this. Still, they are hoping to re-hire their employees once the coronavirus situation eases and travel is more feasible.

Much like MSC Cruises USA, Lindblad Expeditions is being forced to furlough some of their employees. 130 staff members were affected. However, this was not the only measure the company took. They have also been reducing the hours of certain employees, as well as instituting a general pay reduction in the realm of 15% to 20%. This reduction affects anyone that is still working.

While this is bad news, we have to remain optimistic. Hopefully Lindblad and MSC will be able to re-hire their employees quickly after economic damage has been mitigated as much as possible.

Article Name
Furloughs and Lay-offs in the Cruise Industry
Description
While a lot of cruise lines have been able to avoid making drastic changes to their employment until now, it seems that the time has come for furloughs and lay-offs.
Author
Ben Mangelsdorf
Comments: 0 Posted by: Ben Mangelsdorf Categories: Carnival Cruise Lines, Cruise Lines, Cruise News, Royal Caribbean Cruises