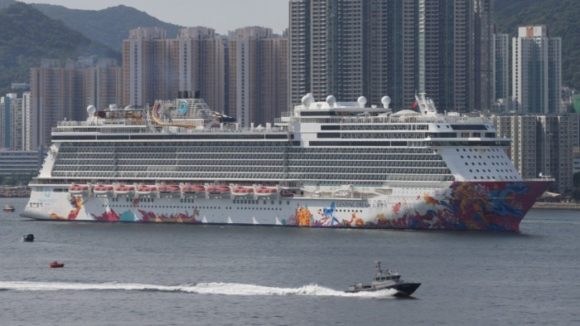 Hong Kong has just announced a new ban on cruises. This comes after a slew of cruise lines canceled many of their own itineraries last week. With the rise in coronavirus cases around the world, there is a growing trend that seems worrying for the industry. Regardless of whether it is safe or not to cruise, the situation is looking bleak. Here’s what you need to know about Hong Kong’s ban.

We wouldn’t fault you for assuming that Hong Kong was solely singling out cruises. However, they are actually introducing several new COVID-19 rules that affect a variety of industries. The new rules are set to last for the next two weeks, although we wouldn’t be surprised if an extension was introduced before that time. Passenger flights from the following countries are part of the ban: Australia, France, Pakistan, India, Britain, the United States, Canada, and the Philippines. All cruises are banned during this two week period. This comes after an attempted sailing from a Royal Caribbean ship where the vessel was ordered to return before it had fully completed its itinerary.

The effects of this ban

The cruise industry is not as large in Hong Kong as it is in other areas around the world. Still, there are two major companies that are going to be affected by this two-week ban period. The first is Royal Caribbean Hong Kong. They are being forced to cancel five itineraries in order to adhere to the ban. They did, however, release a statement saying, “We fully expect to welcome back our guests onboard Spectrum’s Jan. 21 cruise.” Dream Cruises, the other cruise line in Hong Kong, has also publicly announced the cancellation of all itineraries until January 19th. They stressed that these cancellations were simply due to government orders and not due to any active outbreaks on any of their ships.

Will this ban be lifted in two weeks? That’s a hard question to answer. Worldwide trends don’t paint an optimistic picture, though. Hong Kong may soften on cruise restrictions if they are able to curb their local cases, but international travel to Hong Kong may not be likely until the pandemic eases up. If we were to guess, this is likely going to be a theme that we see repeated in other nations throughout the next month or so.

The cruise industry is in a tough spot once again. We’re hoping that this current wave passes quickly and things can safely open up again soon!