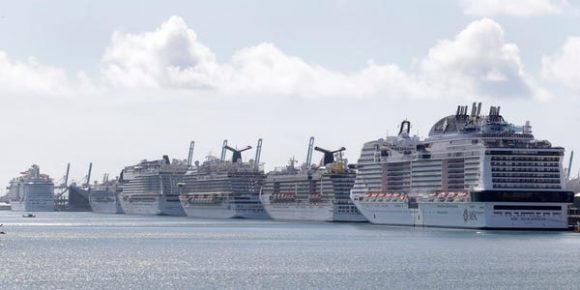 How Much Money are Cruise Lines Losing?

If you’re someone who really loves the cruise industry, the coronavirus pandemic has likely been especially worrying to you for a number of reasons. Cruise lines have struggled to get loans, they have faced health issues, and some have already started selling off ships or closing down entirely. While the industry will certainly survive, it is inarguably dark times. Because sailings aren’t possible right now, many companies have been losing money at astronomically high rates. Here’s a quick look at the financial state of some of the biggest cruise corporations around.

How much are they losing?

The short answer is: a lot. The number inevitably varies quite a bit from company to company, and some cruise lines that are held by larger corporations have more money to fall back on and are in less dire straits. However, these major corporations are starting to burn through money very quickly. For Carnival Corporation, each month finds them losing $650 million across their multiple cruise lines. Royal Caribbean is in a similar position, although on a smaller scale, as they are losing somewhere between $250 to $290 million per month, according to estimations from the company. Norwegian Cruise Line Holdings, another large cruise corporation, loses $160 million monthly. The numbers for smaller, independent companies are not as readily available, but one can expect that they are (obviously) smaller by a huge margin.

How much for a single ship?

The numbers that these corporations have provided are huge, but you should keep in mind that they each have many, many ships. For instance, the Carnival Corporation alone owns over 100 ships, and Royal Caribbean has over 60. From these numbers, we can roughly estimate that most sizable cruise ships cost somewhere in the region of $3 to $6 million to maintain monthly. Norwegian has said that, on average, each ship of theirs costs about $5.7 million per month.

Why does it cost so much?

Ships aren’t easy to maintain! Cruise ships cannot just be left alone while they aren’t being used, they have to be continually worked on to keep them in shape to sail. Most companies now have moved into a cold lay-up strategy that involves less of an intense maintenance schedule, but that still winds up being pretty costly, especially for corporations with as many ships as Carnival or Royal Caribbean. One also has to factor in the cost of employing so many people while there is no revenue coming in. Other factors slowly add up, too. Investing money into other ventures such as online cruise hubs can be costly, and consistently issuing refunds for cruises that are now being cancelled doesn’t help either.

There’s no easy way to fix this, sadly. It’s a situation that every cruise line will be dealing with until it is safe to travel again – and until people are open to the idea of travelling at all. 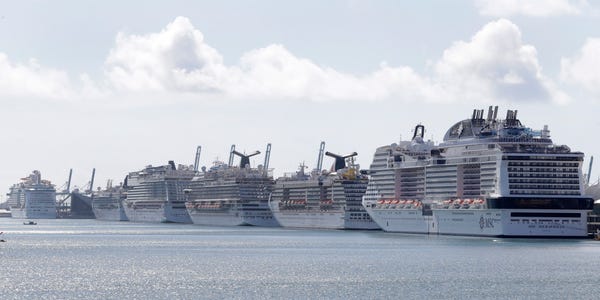 Article Name
How Much Money are Cruise Lines Losing?
Description
Here's a quick look at the financial state of some of the biggest cruise corporations around.
Author
Ben Mangelsdorf
Comments: 0 Posted by: Ben Mangelsdorf Categories: Cruise Lines, Cruise News

← Want to Travel to the North Pole? Go With One of These Cruise Lines!
Royal Caribbean Plans Restart, Gets Loan →