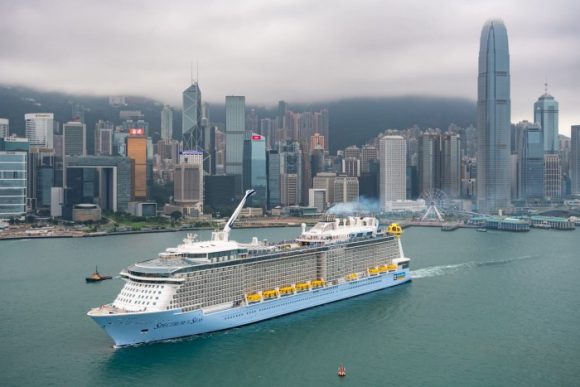 Over the past few weeks, the dominating narrative throughout the cruise industry has been the crazy havoc that coronavirus has been wreaking. Itinerary changes, cancellations, quarantines, economic damage and more has been running rampant, all thanks to that nasty, novel sickness. If you were hoping things would start to look up this week, it appears that it’s all more of the same. While a lot of major cruise lines have cancelled much of their Asia itineraries, there are still some holding on fast out there. This week sees more companies abandoning efforts in the continent. Let’s take a look at the latest.

Windstar announced on February 20 that it would be suspending one of their ship’s Asian operations. The Star Breeze no longer has any plans to travel to the area in 2020, with a large chunk of its yearly itineraries now defunct. The company stated that they “regret the inconvenience to booked guests on these sailings which were scheduled to depart August 25 through November 16, 2020.” To fill up the holes in its calendar, Windstar said that it will be sending the ship to Alaska, then later to Tahiti. For those with tickets, we hope that this shift will end up being even more fun in the end!

Dream Cruises, a cruise line headquartered in Hong Kong and owned by Genting, has announced that they will no longer be sending their Genting Dream ship to Singapore. These trips were scheduled from February 23 to March 27. It’s not a major hit, but the company will still take a hit when they have to dish out some refunds. They seem prepared to do so, though: in a statement, they said that “[g]uests who are booked on any of the cancelled itineraries will be contacted and provided with a variety of compensation options including to defer their cruise to a future sailing or, if needed, to cancel their cruise for a full refund.” Their full cancellation policy can be viewed over here. From this statement, it seems like there isn’t a redeployment planned for Genting Dream in the cancelled dates.

Much like Windstar, Viking is looking to shift their sights from Asia to Alaska. The Viking Orion was planned to head to Alaska in the springtime, but will do so much earlier to get out of being in Asia. On the logistical end of things, they stated that “[g]uests scheduled to embark/disembark on March 9, 2020 will now do so in Benoa, Bali – an update that supersedes any communication prior to February 14, 2020.” So, if you’re planning on cruising on Viking Orion, pay close attention to that!

That’s the wrap-up for the major, recent cancellations. Sadly, it seems that this is not the only coronavirus-related news as of late, as many cruise lines are dealing with major lost business in Asia because of it. If you’re planning on going on an Asian cruise any time soon, we recommend keeping an eye out for cancellations or reschedulings, as it seems most companies are on their way out.