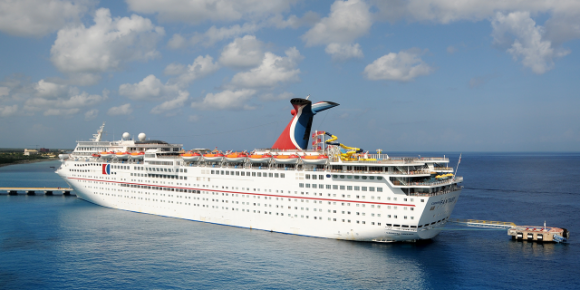 It seems that we shouldn’t expect the changes to the Carnival fleet to slow down any time soon, as more have just been announced, with some ships being sold and some going into a cold lay-up. This follows a bit of news from last week about some Holland America ships being sold, as well as Carnival’s announcement that several of their major cruise lines would be selling some ships over the course of the next few months.

The ships being sold

Two ships were announced as being sold as of July 23rd: the Carnival Fantasy and the Carnival Inspiration. This is, of course, not too big of a hit to the cruise line’s overall fleet, as it reduces them from a whopping 27 vessels to 25. Both ships were of the Fantasy class, which is Carnival’s smallest class of ships. There are still six Fantasy-sized ships remaining, meaning travelers can still easily book a smaller trip with Carnival if they so wish. This doesn’t change the fact that this is a relatively sad transaction, as both of these ships had been loved for literally decades. In the case of the Carnival Fantasy, it had been in their possession since 1990, making it the most senior ship in their fleet. The Carnival Inspiration was hardly younger, having been in service with Carnival since 1996. Both ships weighed 70,367 gross tons and could fit 2675 guests and 920 crew.

What is the future for these ships?

While a buyer has yet to be officially announced, it’s not looking good for these two cruise industry mainstays. In fact, some sources are already saying that the ships are being sold for scrap, though this is yet to be confirmed by Carnival itself. It is possible that the ships are merely being traded to another cruise line, but we shouldn’t write off the possibility that Carnival would fully scrap ships as old as these two. We should also remember that Carnival definitely has been focusing more and more on gigantic ships as time goes on, so they probably have less of a need for their smaller ships these days.

Not only are some ships being sold, but two more are being taken out of service with no concrete plans for them returning. These two are the Carnival Fascination and the Carnival Imagination. These are both, once again, in the Fantasy class. While we don’t think they are prepping to sell them, it doesn’t seem that they will be sailing any time soon.

It definitely seems like Carnival is moving to reduce its Fantasy ships right now, but it’s unclear whether those are just the first to go because of COVID-19 or if they want to cut down on their smaller ships for a different reason. Either way, their fleet is surely changing right now, and there are even a few new ships slated to arrive within the next few years!