MSC Magnifica to Homeport in Saudi Arabia For Winter 2021

MSC Cruises has just struck an exciting new deal with Cruise Saudi to homeport one of their ships in Saudi Arabia for the winter 2021 season. This is likely going to play a major role in the developing cruise industry in Saudi Arabia. Whether it develops into a long-term partnership or not remains to be seen. Regardless, MSC investing in new markets like this is undoubtedly exciting. Here are all the details on the agreement!

Announced on April 21st, a deal was made between the executive chairman of MSC Cruises and the managing director of Cruise Saudi to homeport the MSC Magnifica in Jeddah. Magnifica will remain in Saudi Arabia from the entire 2021 winter season, lasting from November 2021 to March 2022. Magnifica will be running itineraries lasting for seven days on the Red Sea. Locations visited are set to include stops in Al Wajh in Saudi Arabia as well as other Middle Eastern ports. The deal also included a clause that brought in another MSC ship, MSC Virtuosa. While that ship will not be homeporting in Saudi Arabia, it will be visiting ports in the country from December 2021 to March 2022.

For many cruise fans, this deal likely comes as a bit of a surprise. Saudi Arabia has never been a premier cruise destination. But therein lies the idea behind the deal. Cruise Saudi was looking to partner with a company like MSC specifically to begin creating a cruise industry in Saudi Arabia. The company was launched earlier this year and was backed by the government in the hopes of bolstering the Saudi Arabian economy. It was said when the company was first founded that it would eventually be able 50,000 jobs over the course of the next 15 years. This agreement with MSC is confirmation that Cruise Saudi’s business plan can be successful, and it definitely points towards a bright future for the Saudi Arabian cruise industry.

Quotes from MSC and Cruise Saudi

Both companies released statements about the deal after it was signed, expressing excitement on both ends. Pierfrancesco Vago, MSC’s executive chairman, said, “I am delighted that MSC Cruises will be in a position to contribute to the Kingdom’s opening to international visitors through becoming a premier cruise destination and I look forward to helping tourists from all over the world as well as from the Kingdom discover the incredible wonders that this country has to offer.” Touching upon their desires for the future, Cruise Saudi gave a statement saying, “We are delighted to work with MSC Cruises and are keen to forge a long-term partnership. We look forward to exploring opportunities to increase the number and size of vessels operating on Saudi routes in the future.”

This definitely seems like a great situation for both MSC and Cruise Saudi. We expect to see many excited travelers add Saudi Arabia to their list of vacation ideas now! 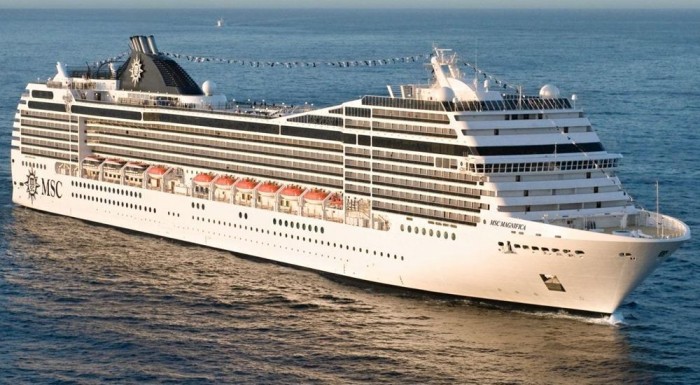 ← A Look at Disney Cruise Line’s Next Ship, Disney Wish
The Most Affordable Cruise Lines →