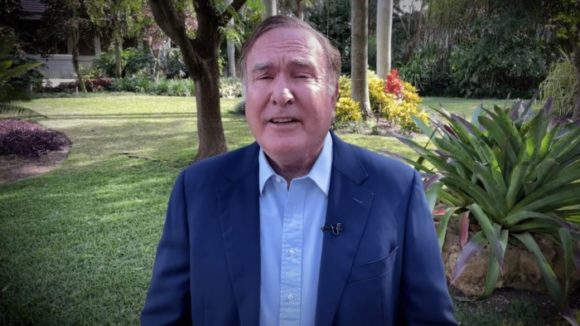 Some very big news from Royal Caribbean was announced on November 9th. Their current CEO, Richard Fain, is stepping down from his role. Someone new will be taking his place as the leader of one of the biggest cruise brands on the entire planet. Here are all the details that you need to know about the transition.

Richard Fain not only has a long history as the CEO of Royal, but he had been working for the company for a long time in general. He has been with the company since 1988, giving him 33 years total at the company. He brought many innovations to Royal while operating as the CEO. To put it into perspective, every single ship that is currently in Royal’s fleet came to the company during Fain’s tenure. He can be credited with the general brand direction of Royal that we see today. One of the lasting pieces of his legacy will be how he handled the coronavirus pandemic and allowed the company to survive it. Bill Kimsey, the lead director of the board for Royal, said of Fain, “Most recently, his stewardship during the COVID pandemic marks him as one of the great CEOs of his generation. The cruising community and all of us in the company owe him a debt of gratitude.”

Fain’s duties as CEO will officially end on January 3rd, 2022. On that day, he will be succeeded by Jason Liberty, the CFO of Royal. Liberty has been with the company since 2005. He slowly worked his way through various financial roles before getting his current position in 2013. According to Cruise Industry News, Liberty has been doing more work than a normal CFO, something that has likely prepared him for his new role. This transition will also allow for Naftali Holtz, the senior vice president of finance, to move into the open CFO position.

Speaking of the transition, Fain had a lot to say. “There are no words to express my admiration and appreciation to the people of the Royal Caribbean Group, who have been the real drivers of our success; and my profound appreciation for the support and guidance of the Board of Directors during good times and bad throughout this long period of sustained growth.” Fain also seems happy with his successor, as he added, “I couldn’t be happier to have such a superbly qualified and principled leader succeed me as CEO. Jason will lead the Group to new heights.”

This is some major news, but Fain seems confident that Liberty will live up to his new role. We’re excited to see where Royal goes from here.