No More Towel Animals On Some Norwegian Ships

There are no known cases of injuries to the animals or to any passengers but Norwegian has announced that it will be eliminating the towel animals which welcomed passengers into their cabins. When asked about this unusual policy change, Norwegian representatives were quick to say that this is only one part of a greater plan to be “a responsible corporate citizen”.

In the case of the terrycloth tigers and other critters, the corporation is choosing to reduce the number of natural resources being consumed to launder the towels used for the creations. The cruise lines stated that they are committed to fostering a culture of respect for natural resources. In addition, they will continue to seek additional ways to improve the sustainability culture around the world through innovation, education, and collaboration.

In an effort to balance environmental responsibility with the wishes of their passengers, Norwegian also stated that guest can request the towel animals, which are very popular with some guests. This solution, however, received a great many negative comments as guests saw it as just another way for the cruise line to cut a feature from their normal routine and make a slightly larger profit per passenger. But a few loyal animal lovers did chime in and note that their request for the towel animals was fulfilled with no issues from the crew.

Regardless of what some passengers might think of this new policy, there are many other policy changes going into effect in an effort for cruise ships to become more environmentally friendly. Several cruise lines have eliminated plastic drinking straws and single-use plastics from all ships. In addition to these changes that all passengers notice, there are several other eco-friendly advances being made in the huge engines used to power the cruise ships and major advances being made in the water filtration systems.

While new propulsion systems and water treatment plants will have a huge impact on the environment, it is important for passengers to understand that even something as simple as a plastic cup, drinking straw or two towels used to make a towel animal, does add up. With thousands of passengers on a ship, all of the tiny items add up to mountains of trash and hundreds of extra loads of towels that must be washed. And while every person is on the ship to enjoy the ocean in all its natural beauty, each person should agree to do his or her part to preserve the ocean and sea life. 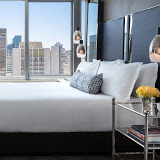 Article Name
No More Towel Animals On Some Norwegian Ships
Description
Norwegian has announced that it will be eliminating the towel animals which welcomed passengers into their cabins as one part of a greater plan to be “a responsible corporate citizen”.
Comments: 0 Posted by: Kathy Categories: Cruise News, Everything Else, Norwegian Cruise Lines