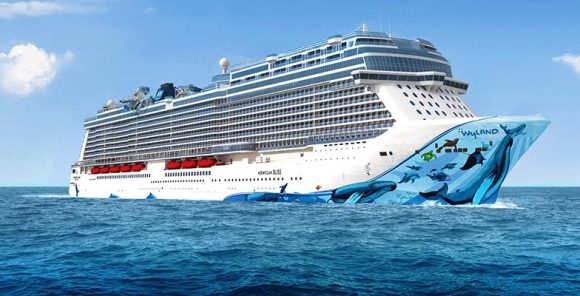 In an effort to help mitigate the astronomical costs that cruise lines are facing during the current pandemic, many are looking for ways to save money or gain capital from investors. Among these cruise lines are some of the biggest in the industry, proving that no one is truly safe in these times. Let’s take a look at the recent efforts that two companies, Norwegian Cruise Line and SeaDream Yacht Club, have taken.

On May 29th, Norwegian announced that they were accepting a sizable investment from L Catterton, a privately-held finance company. The total amount is $400 million. More specifically, it is a “private placement of $400 million in aggregate principal amount of its exchangeable senior notes due 2026 to an affiliate of L Catterton.” If you’re a finance expert, maybe that sentence will help you understand the exchange going on here! Either way, this is the type of investment that will definitely help Norwegian last longer and not have to rush back into sailing when it isn’t safe.

One strategy that we’ve seen some companies use since the beginning of the economic fallout of this pandemic is lowered salaries for those high-up in the cruise industry. Norwegian adopted their form of this at the end of March and now plans to continue these pay cuts until September 27th. Executives will have a 20% cut on their salaries in order to help finance the company. A press release states that all of their economic initiatives will allow them to safely not sail for another year, if it comes to that.

SeaDream is looking to get back into the market quickly in order to cut down on losses, and they are being strategic about how they are doing it. They will be running a summer season in Norway. You might be wondering how this is possible with travel restrictions, but SeaDream has that in mind. Norwegians aren’t allowed to travel outside of their nation, and foreigners aren’t allowed to enter it. This means that SeaDream will be sailing Norwegian cruises specifically for Norwegian people.

Of course, these are only a few of the methods and companies trying to find ways to save or make money. For instance, Royal Caribbean is currently searching for some investors, while other cruise lines are switching from hot lay-ups to cold lay-ups to cut down on maintenance costs. While it will be hard for some companies to make ends meet, the cruise industry will continue finding innovative ways to make it out of this pandemic safely.