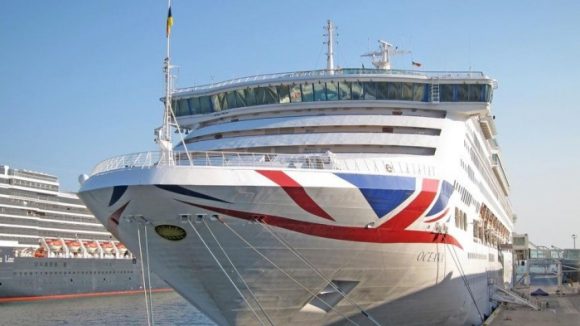 In a move that may come as a surprise to some and as a big disappointment for those who were booked on the ship, P&O Cruises has come forward to confirm rumors that they are selling their ship, the Oceana. The company cited multiple reasons for this change in their fleet. Let’s see what this means for the cruise line, as well as what the future currently looks like for P&O.

The Oceana has a long history, both with P&O and without it. It was originally with Princess as the Ocean Princess before being traded over to P&O in the early 2000s. It received its name at a ceremony in 2003 and quickly became a very popular ship among P&O’s fleet. It even recently saw an expensive refurbishment at the end of 2017, meaning the ship should be in pretty much perfect shape as of right now.

Why are they selling it?

P&O released a statement about it, but it’s not entirely clear. It seems to be at least tangentially related to COVID-19, but they also mentioned the new ships that they have coming in the near future. Paul Ludlow, the president of the company, said “During this pause in our operations we need to fit the fleet for the future and ensure we have the right mix of ships once we resume sailing.”

That’s right. P&O has a relatively busy future planned, and their fleet is still poised to get larger even with the selling of the Oceana. In fact, these new ships could be a contributing factor to the sale, with Ludlow adding that “her departure will allow us to focus on our remaining ships in the fleet, as capacity expands with the delivery of Iona later this year followed by her sister ship, scheduled for 2022.”

Who are they selling it to?

As of right now, we have no idea. We also have no idea how much the ship is being sold for. Hopefully we can get some more info from P&O about the destination of the Oceana soon.

While it’s hard to point at coronavirus as a cause for this, it’s likely that it at least played some role, with Ludlow specifically mentioning the pause in operations. If so, that would make this the first ship being sold due to COVID-19. In the end though, it doesn’t seem it matters too much, as P&O seems ready to continue growth in spite of the pandemic.

Article Name
P&O to Sell Oceana
Description
In a move that may come as a surprise to some and as a big disappointment for those who were booked on the ship, P&O Cruises has come forward to confirm rumors that they are selling their ship, the Oceana.
Author
Ben Mangelsdorf
Comments: 0 Posted by: Ben Mangelsdorf Categories: Cruise Lines, Cruise News, P&O Cruises

← The Beginning of the End for Pullmantur?
Everything You Need to Know about Panache Cruises, the Newest Luxury Cruise Agency →