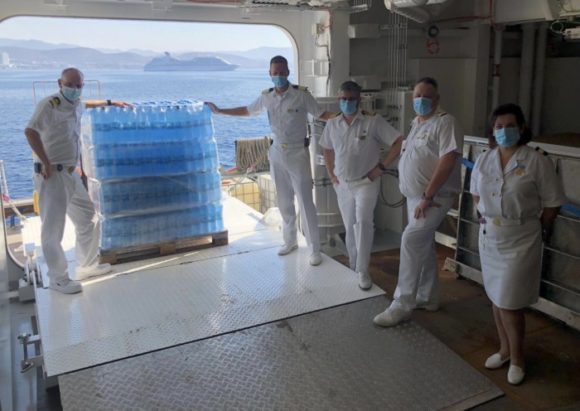 Here’s a cruise news story that might brighten your day. Reports from Princess Cruises have shown that the cruise line has given aid to Cyprus. The island nation is currently struggling with wildfires, and the help from Princess came at a critical time. This is just another example of a cruise line going above and beyond to help out when it’s really needed. It’s something that we love to see, and we hope that other companies follow Princess’ lead. Here are all the details on the situation in Cyprus as well as what Princess did to help out.

The fires in Cyprus

Reports started to come in a few weeks ago that there were some pretty bad wildfires in the country of Cyprus. The country, which is located south of Turkey, has a long history, though it has only been independent from the United Kingdom since 1959. The fire quickly grew to be the worst on record on the island. By the time that it was contained on July 5th, it had claimed four lives and burned many homes. Multiple villages had to be evacuated to keep residents safe. Although the areas close to the fire have now been declared to be safe, many Cypriots’ lives have changed forever due to the destruction caused by the fire. This fire comes as part of a worrying trend of intense wildfires around the globe, with the American West suffering particularly in the past few years. There is not yet a definitive theory on how the fire started, but a man has been arrested as a suspect.

The help from Princess

Princess came to Cyprus to offer assistance on July 10th, 2021. Although the fire had already been controlled at that point, the country was in a rough position due to the aftermath. Princess brought a variety of items to help Cyprus citizens deal with their lives being upended. Dirk Brand, a General Manager at Princess Cruises, tweeted out photos and said that they brought “water, food, towels, blankets and many other items to the Cyprus rescue center.” You can view his tweet here.

There has always been a history of cruise lines lending humanitarian aid to countries in need, and it warms our hearts to see Princess Cruises continuing the tradition. It feels like a fitting event to coincide with the return of cruising to the world. Let’s hope that cruise lines can keep bringing happiness to both travelers and communities that need help.