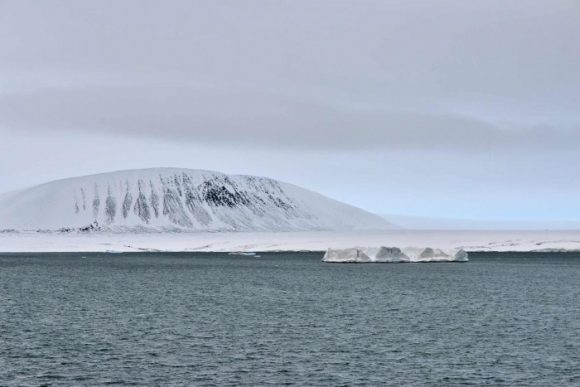 Quark Expeditions, a cruise line known for groundbreaking and adventurous itineraries, has announced its latest program. Both this summer and next, the company will take interested travelers to the incredibly remote region of Severnaya Zemlya. If you’ve never heard of that before, we don’t blame you. Let’s jump into where exactly that is and why it’s so interesting, as well as what the itineraries look like.

What the heck is Severnaya Zemlya?

Severnaya Zemlya is a Russian area of the Arctic. It lies to the north of Siberia and is an archipelago that takes up more than 14,000 square miles. It is part of the Arctic Ocean, and separates two of the ocean’s seas from one another. It has absolutely no permanent population, and the only human life there is confined to the Prima Polar Station.

Severnaya Zemlya is remarkable for a couple reasons. First and foremost, it was one of the last major archipelagos on Earth to be discovered and charted. It is thought that no one really knew of its existence until around 1910, and it wasn’t explored until closer to 1915. A decade later, it still hadn’t been fully explored. In terms of large regions in the world, this is pretty late to be discovered. It is also well known for containing the largest glacier in Russia: the Academy of Sciences Glacier, with an area over 2000 square miles. It has an average temperature of about 5°F. So, yeah, it’s a pretty intense place.

There are a few different options. There’s an expedition called High Arctic Odyssey: Remote Russian Archipelagos that lasts 22 days. It checks out Novaya Zemlya, a nearby archipelago which actually has a very small human population. Other historic sites and islands will be visited as well. It departs from Helsinki, Finland on July 22, 2020 or July 28, 2021. Fares start around $15,000. There is also a shorter, 16-day trip called Jewels of the Russian Arctic: Franz Josef Land and Novaya Zemlya. It, too, departs from Helsinki, with departures on July 9, 2020 and July 15, 2021. Fares for this one start around $10,000.

The Quark website has an incredible amount of exciting details for both voyages. You can read about the longer voyage here and the shorter trip here. They look to be pretty amazing. If you’re interested in the Arctic, or just crazy and remote places, check these out!

← The Oldest, Most Historic Cruise Lines in the World (a Brief History of Cruises)
Update on Diamond Princess’ Coronavirus Quarantine →