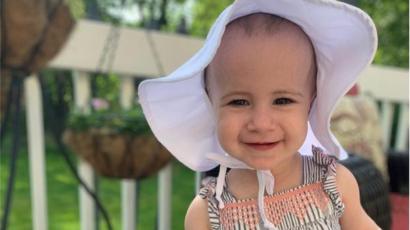 Royal Caribbean Facing Lawsuit Over Toddler Who Passed Away

One of the absolute saddest stories to come out of the cruise industry as of late is that of the toddler who passed away aboard a Royal Caribbean ship. For those who have been avoiding the horrible incident (we don’t blame you), here’s a quick summary. Chloe Wiegand, 18 months old, was aboard a Royal Caribbean ship that was docked in Puerto Rico. She was with her grandfather, Sam Anello, who lifted her up to a window while they were playing together. Anello thought the window was closed, and has since said he had lifted her up to closed windows a number of times before. Unfortunately, the window was open, and the young girl suffered a fatal fall.

Since this occurrence, one of the main stories in the news has been about how Anello had been charged with negligent homicide. Anello has publicly wondered if his colorblindness played a role, though most of his comments since the incident make it clear that he doesn’t care whether he is found guilty or not. He has stated that the girl’s death was the worst thing that could happen, and a conviction does not matter to him.

The young girl’s family were incredibly dismayed at the charges, and continue to be frustrated. The mother was quoted saying: “one of the things that disappoints me about all of it in losing Chloe is that, I think when you Google her name, all you’re going to see is things about court cases, and people really forget that this was a living, breathing human being.”

With that being said, the family is indeed going forward with a lawsuit towards Royal Caribbean, though it seems focused on safety rather than personal gain. The family’s attorney said that the goal of the suit was to “prevent this from ever happening to another child again.” They claim that the windows can be opened by anyone who chooses to, and that there exist no warnings about them. The lawsuit also claims that Royal Caribbean’s glass panes do not fit with industry safety standards, leading them to be responsible for the toddler’s death.

Ultimately, the blame game here is not what is important. Many of us enjoy cruises as an exciting (and relatively safe) excursion away from normal life, and it is heartbreaking to think that anyone could be hurt in any capacity while on a family trip that is meant to be fun and wholesome. No matter what comes from either suit, we hope that this story serves as a reminder to take your safety seriously no matter where you are. Watch yourself, and watch those who you care about!

← Are Cruises the Answer to Homelessness?
Carnival Tests Out Sustainable Biodigester Trash Tech! →