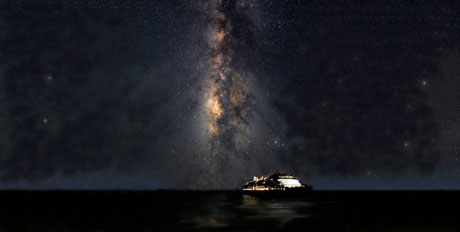 Poor weather and maybe some Christmas Magic both could be to thank for a lifesaving rescue on December 21st. Royal Caribbean’s 11 deck Empress of The Seas was altering its course from Cienfuegos, Cuba to Ocho Rios, Jamaica due to bad weather when the ship’s crew spotted a signal light on a fishing vessel. As the huge vessel got closer, the crew lowered the smaller tender boat with crewmembers who were prepared to retrieve the stranded sailors.

The two fishermen aboard the tiny boat had left Costa Rica on December 1st and had been stranded for the last 20 days after running out of fuel and then food. They had been the victims of a strong wind which had pushed their boat away from their fishing nets as they slept. Their original location had been between Grand Cayman and Jamaica.

When rescued, one of the fishermen was so weak that he needed to be carried aboard the Empress. But by the time the ship docked in Ocho Rios, the man had recovered enough to walk off of the ship on his own. Both men were taken to the hospital for additional examinations and treatment but are expected to make a complete recovery.

The miracle of 20 days lost at seas was not lost on the crew of the Empress. Many were amazed that the fishermen were able to remain strong enough to catch fish for food and were able to conserve their small amount of fresh water. In the truest spirit of the holiday season, the crew of the Empress collected $300 for the two fishermen to get clothes and food after they left the hospital.

Regardless of nationality, purpose or size of the vessel, there is a duty to rescue anyone who is in distress while at sea. This applies both in wartime and peacetime and is considered to be an international standard. As demonstrated by the generosity of the crew of the Empress, all sailors consider themselves a part of a brotherhood and believe that to be their strongest bond and responsibility. And this responsibility is also taken very seriously by the owners and management of shipping companies and cruise lines alike. Carnival Cruise Line launched a full internal investigation several years back when one of its ships was accused of ignoring a plea for assistance from a stricken boat.

It might not occur often, but any cruise ship patron could experience a slight change of itinerary when a distress signal is located. This is not only a part of the law of the sea, but it should be considered a responsibility to any victim and an act of humanity which is of far greater importance. 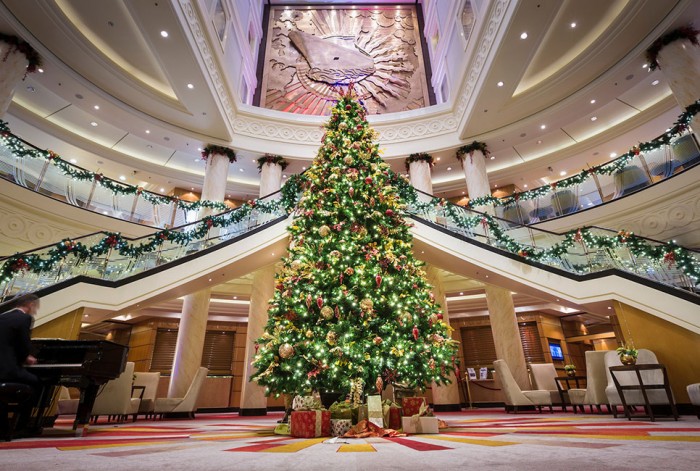