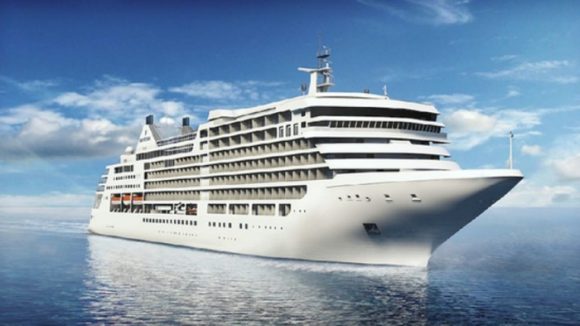 Silversea is one step closer to accepting their newest ship, Silver Moon. The cruise line announced that the vessel has completed its sea trials, demonstrating that it is able to safely sail. The trials went from August 8th to August 20th with the ship sailing a journey from the Fincantieri shipyard where it was being constructed to a dock in Trieste, Italy. Once there, the ship went into dry dock for a bit as finishing touches were put on the boat.

Those not within the cruise industry may not be familiar with what actually goes on during sea trials. The sea trial is one of the most important steps during a new ship’s construction, as it is when most of the practical systems on the ship are tested in real time. A variety of factors are tested, ranging from speed to maneuverability to safety. Noise tests and other “quality of life” tests are also performed. For ships that are going to be delivered to cruise lines, there will typically be a combination of those who worked on construction and those who work for the cruise line on board the ship. In the case of Silver Moon, Fincantieri workers and Royal Caribbean Group representatives were both present for the trials. Most of the tests occurred before the dry dock in Trieste, but the speed tests were done when Silver Moon was on its way back to Fincantieri. According to the chief engineer of the ship, it was operating at “peak performance.”

The delivery of Silver Moon is closer than you might think! While coronavirus has made delivery of most newly built ships be delayed by quite a bit, Silver Moon appears to still be on schedule for an October 30th, 2020 delivery. Its maiden voyage is currently scheduled for November 8th, 2020. The other most recent Silversea ship, Silver Origin, will first sail on November 7th, 2020.

Silver Moon follows the tradition of small, intimate ships at Silversea, with the vessel checking in at 40,700 tons and a capacity of 596 guests. It will be the sister ship of Silversea’s successful Silver Muse ship, and many of the features will be the same. The lounges, libraries, and pool areas are largely the same as Silver Muse, with the addition of one exciting, unique feature: the Sea and Land Taste (S.A.L.T.) program. S.A.L.T. is a food program that is centered around local ingredients that allow travelers to immerse themselves even further in the destinations that Silver Moon takes them to!

If you’re interested in reading more about Silver Moon or booking a trip on it, check out Silversea’s website.

← Fred. Olsen: Out with Boudicca and Black Watch, In with Bolette and Borealis!
CMV Puts Five Ships Up For Auction →