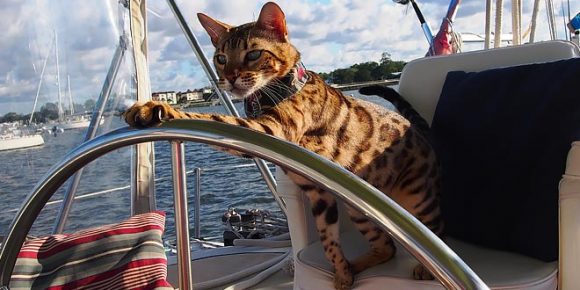 Some of the Weirdest Themed Cruises Ever

We’re big fans of themed cruises on this site, but we’ll be the first to admit that things can get a little weird. We don’t mean that in a bad way, either. Themed cruises are some of the only vacation destinations where things are allowed (or even encouraged) to get freaky, and there’s something beautiful about that. There’s also something very entertaining in hearing all about them, though, so let’s dive into some of the weirdest cruises that we can think of!

Well, let’s break the ice of this article with a real odd one. Bare Necessities is a company that’s been around since 1991 that focuses solely on, uh…well, naked cruises. The so-called “clothing-optional” experiences are pretty unique in the cruise world, but it seems like at least some people are on board. 2013 saw the company sending out the Big Nude Boat, a cruise aboard the Carnival Freedom that saw 3000 people partaking in the festivities. They assert that their cruises are dedicated to breaking down social stigmas around nudity, as well as demonstrating that nudity doesn’t have to be sexual. It’s a nice concept at the heart of it all, at least! More power to ’em, we say.

We know what you’re thinking. A cruise for cats? That sounds like an absolute disaster. And yeah, it probably would be, but the Meow Meow Cruise is of a different breed (and we’re not talking Calico). It’s actually just a cruise for the cat-obsessed to gather together and bask in the love of all things kitty-related. It’s basically a giant cat convention on the seven seas, which is pretty adorable. It seems like a weird idea on the surface, but it’s actually a sweet idea when you get down to it. It’s a bunch of people gathering together to go on a vacation and bond about a shared interest in cute, fuzzy things. If you’re one of them, they’re planning an 8-night cruise for 2020, which you should definitely check out here.

The Ghost Hunter’s Cruise is similar to the Meow Meow Cruise in the sense that is occurs every year and brings together people with a shared interest. That’s pretty much where the similarity ends. It focuses on heading to places connected with paranormal activity, and has seen lectures and attendance from prominent ghost hunters and aficionados. This year’s is in Northern Ireland, which you can read about here. We think that we might stay at the kitty cruise…we’re not trying to sleep in a haunted stateroom.

These three cruises are a bit on the bizarre side, but there’s plenty more out there where that came from. Themed cruises are wacky and strange by nature, so why not embrace it? If you’ve got a totally out-there interest like ghost hunting, do it big on the seven seas, baby!

Article Name
Some of the Weirdest Themed Cruises Ever
Description
Let's dive into some of the weirdest cruises that we can think of!
Author
Ben Mangelsdorf
Comments: 0 Posted by: Ben Mangelsdorf Categories: Everything Else, Misc. Cruises