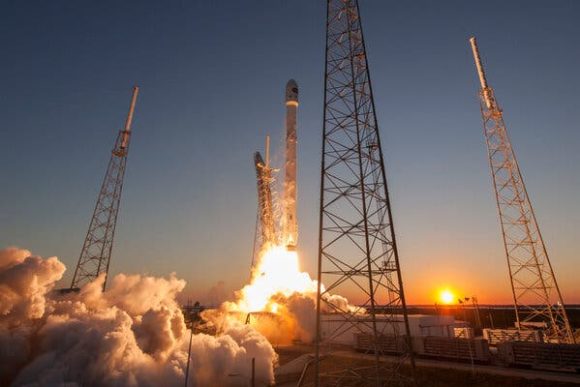 The launch of a SpaceX satellite has just been delayed because of a cruise ship. That’s something that you don’t hear everyday! This marks the fourth time that the rocket failed to fire, causing frustration among those involved in the project.

Here’s what you need to know about the botched launch attempt. SpaceX was aiming to fire the rocket on Sunday, January 30th, and had determined certain zones below the rocket’s flight path that were unsafe for seafaring vessels. If any ships happened to be in those zones, they would need to move before the rocket could safely be launched. Unfortunately for SpaceX, they noticed that a cruise ship was in the water, and they began working with the U.S. Coast Guard to move the ship away from the danger.

The Coast Guard was unable to move the ship quickly enough, though, forcing SpaceX to delay the launch with a grand total of 33 seconds left on the countdown. The new launch is scheduled for 6:11PM EST on January 31st, 2022. The company was optimistic about the weather for the new launch day, saying that there was a 90% chance that it was “a go.”

This is now the fourth time this rocket has been unable to launch on schedule. The previous three times were due to weather rather than a rogue cruise ship, however. These sorts of weather-related delays aren’t unprecedented, though this maritime error is certainly more unique.

Beyond just the delay of this rocket, another SpaceX mission was affected by this cruising mishap. A separate Falcon 9 rocket was set to hit the skies the day after this one. Its launch will take place another day due to its spot being taken by the aforementioned rocket.

As for the ship, it’s unclear what sort of penalties it shall face. The identity of the vessel was not announced immediately, but the Coast Guard has since said that it was Royal Caribbean’s Harmony of the Seas. Royal has yet to release a statement about the incident, and no one yet knows the reason why the ship was in the forbidden zone – nor why it didn’t leave in a timely fashion after being ordered to by the Coast Guard.

It is possible that the ship is not entirely at fault here. Until more details are revealed, we shouldn’t jump to the conclusion that Royal – or Harmony’s captain – made an error. It very well could be that the proper people weren’t alerted of which areas to stay away from. In all likelihood, more information will be revealed in the coming days. It will be interesting to see how this situation unfolds.