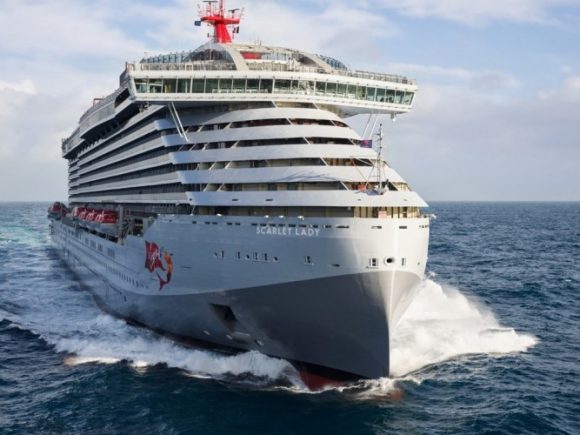 Virgin is looking to compete with the biggest cruise lines in the industry with their flagship cruise line. It only makes sense that they would come out of the gates swinging with their first ship! Scarlet Lady isn’t as big as some of the mega-ships in the industry like, say, Symphony of the Seas, but it has more than enough space to accommodate plenty of guests. It checks in at 110,000 gross tons with a capacity for 2770 guests and 1160 crew members. It boasts 17 total decks, with 13 of those being dedicated to passenger usage. The ship is powered by both diesel fuel and electricity, with Virgin claiming that the ship has 4800kW of total electricity. In their words, this is enough to power a small city. Wow!

The story of Scarlet Lady coincides with that of the Virgin Voyages cruise line itself. Just a few short months after Richard Branson announced the formation of Virgin Voyages in 2014, the cruise line announced that they were partnering with Fincantieri for a new ship. The order was officially made in 2016, and the ship’s name was announced in 2018. It shares a name with one of Virgin’s first ever airplanes. The construction of Scarlet Lady was officially completed in February 2020, and it has been awaiting the correct time for a maiden voyage ever since.

Virgin promises that Scarlet Lady will be able to compete with modern cruise ships while also offering unique subtleties that will make it stand out. But what are they referring to exactly? The most noticeable difference between her and other modern ships is the fact that she is adults only. That’s right, you have to be 18 or older to embark on a journey on Scarlet Lady. That is bound to give the ship a completely different feel from other modern cruise ships. Cabins are also noticeably high tech. Beds can be transformed into adjustable sofas, lighting changes with the ambient light from outside, and there’s a hand-woven hammock to relax in. The ship will also be offering a wide variety of different entertainment options. If you want to relax and soak in the sights, there’s yoga and other self-care classes. There’s also performances that Virgin boasts as being far more immersive and innovative than typical cruise fare. Finally, one of the more exciting venues on Scarlet Lady is the nightclub called The Manor. It mixes neo-noir and punk vibes, and it just generally looks quite different from what you’ve come to expect on a cruise.

Virgin Voyages may be waiting on sailing soon (they recently cancelled their November itineraries), but that doesn’t mean we can’t get excited. Scarlet Lady promises to be a great ship to debut with, and we’re seriously looking forward to it. 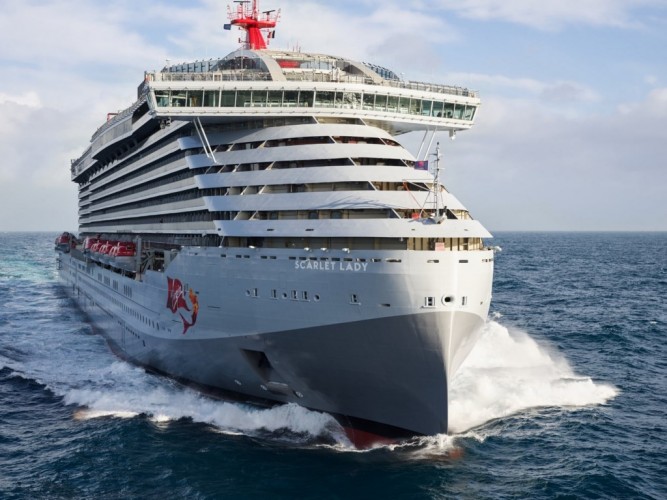 ← Princess Cruises’ Newest Ship, Enchanted Princess, Has Been Delivered
Here are the Major Cruise Lines in Service as of October 2020 →