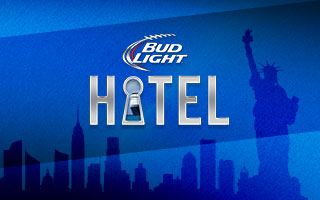 The Bud Light Cruise started in 2008. Historically, the cruises have taken place on a Royal Caribbean ship that sailed from Florida to the Bahamas. The cruises only lasted three nights, but that is probably about as long as the average person can endure a serious party cruise. (And a Bud Light cruise is of course a party cruise.) We suppose the Bud Light Cruise is a bit like going to Las Vegas – only those with livers of steel and a godlike will to party can last much more than 72 hours. Of course, the cruise is not exclusively dedicated to drinking Bud Light – live music is a big part of the experience, and you’re obviously on a cruise ship, meaning you have all the amenities usually available on a cruise ship.

It’s hard to get on the Bud Light Cruise, as your “crew” of four people needs to win a contest to even be able to buy the tickets. And as for the most important matter of all: is Bud Light free on the cruise? Regrettably, no, but it is at special events, and if you stock up during these events, you should be able to at least reduce your nightly bar tab.

The Bud Light cruise is highly anticipated by many people, and there was plenty of excitement building for the 2013 cruise. As it turns out, the “2013” cruise is actually taking place in early 2014 for the Super Bowl. (The new year begins at a somewhat inconvenient time for the NFL; the entire season is played in one year – making it the “2013 season,” for instance – but then the Super Bowl for the 2013 season, as well as the playoff games, take place in 2014.) Since its inception, the Bud Light Cruise has been, well, a cruise, but it is a little misleading to refer to the 2014 event as a cruise because the ship will actually not be sailing at all. Rather, the cruise ship that Bud Light decks out – this year it is the brand-new Norwegian Getaway – will be docked in New York for the entire Super Bowl weekend, from Thursday through Monday morning. The Bud Light Cruise is more like a temporary Bud Light Hotel, and indeed that is how people have been referring to it.

While it isn’t sailing, the experience on board the Norwegian Getaway during the Super Bowl weekend will probably be fairly similar to the experience in years past. There will be several concerts and other events, and in general the atmosphere on board the ship should be every bit as festive as it has been in the past given that it is set up during the Super Bowl. The fact that the ship is docked will also allow the party to extend onto the mainland, and in fact the Sea, Air & Space Museum, the deck of the Intrepid (a retired military ship), and the pier in this area will all be part of the Bud Light event area. Like previous years, it will be very hard to get a ticket; in fact, it is essentially impossible, unless you are a business partner of Anheuser-Busch, for whom the Bud Light Hotel is being set up.

As we said at the beginning, the Bud Light Cruise is definitely a dream come true for certain type of vacationer, and this is true even when the ship doesn’t leave its dock, like this year. Indeed, despite the fact that this year’s event isn’t even cruise, it is probably the best Bud Light “Cruise” to date. Drinking a bunch of Bud Light on board a huge, nice cruise ship listening to live music sounds like a lot of fun, and it is probably even more fun when you can take a break from the action to go to the Super Bowl, one of the most watched sporting events in the world.