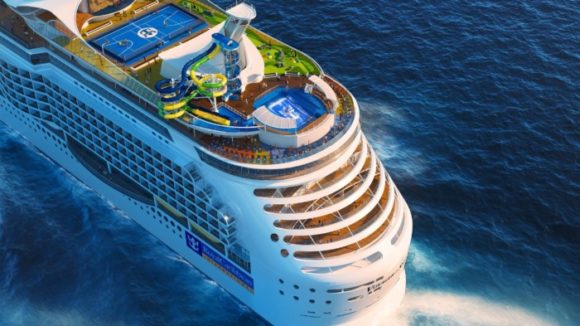 The Benefits of Joining a Cruise Loyalty Program

Cruise loyalty programs are, for the most part, underrated. If you cruise a lot, you can rack up some serious benefits from these programs. However, only a select number of frequent travelers actually enroll in them. If you’re curious about whether you should get involved with one, here are a few of the reasons why you might want to.

The rewards don’t go away

Unlike most commercial airlines, the popular cruise lines like Royal don’t give you points that you later spend to unlock perks. Instead, you sign up and slowly rack up points that never expire. That means that every cruise you take gets you closer to the best status possible, with your status always increasing and never going down. As an example, you’ll automatically be a part of the second tier of Royal membership upon your second sailing; you’ll then be upgraded to the third tier after you’ve spent 25 nights sailing with them. By the time you’ve racked up 75 total nights, you’ll get perks like free drinks and spa reservations. And once you get to that level, you’ll never need to sail with less luxury ever again.

Many cruise lines offer relatively small perks. If you’re used to airline miles, you’ll probably be wondering whether or not you’ll actually get to go on a cruise without needing to spend a booking fee. The good news is that there are multiple cruise lines that offer deals like this. Celebrity Cruises has the Captain’s Club, and getting to the top level of that club means that you unlock a seven-night cruise in Bermuda or the Caribbean. Holland America Line also offers a perk where your children get to sail for free with you, something that any family will truly appreciate.

Here’s a little industry secret (okay, it’s not much of a secret): there are just a few corporations that own the majority of the cruise lines that sail in the United States. That may not mean much to you, but it has some large implications when it comes to loyalty clubs. Royal Caribbean Group owns Royal Caribbean, Celebrity, and Azamara, and you’re a member of the respective loyalty programs of those three cruise lines if you become a member of one. That makes signing up for one of those programs a pretty sweet deal.

All in all, becoming a member of a cruise loyalty program is a worthy investment if you’re someone who travels frequently. The perks really speak for themselves!

Article Name
The Benefits of Joining a Cruise Loyalty Program
Description
Cruise loyalty programs are, for the most part, underrated. If you cruise a lot, you can rack up some serious benefits from these programs.
Author
Ben Mangelsdorf
Comments: 0 Posted by: Ben Mangelsdorf Categories: Cheap Cruises,Cruise Deals, Cruise Lines