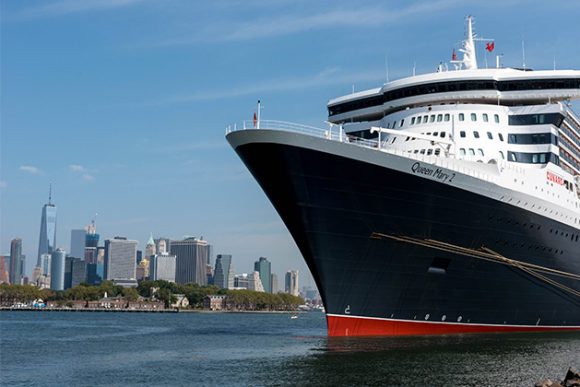 The Cruise Cancellations and Delays of December 2020

Despite some positive signs earlier this month and last month, the cruise cancellations are still coming in December 2020. Many major cruise lines have been forced to announce cancellations because of the continual worsening of the coronavirus situation around the world. Here are the latest.

One of the biggest cruise lines based out of England, Cunard Line was one candidate for an earlier restart than some of the American lines. Despite this, however, they have announced that it will be quite a long time until they are sailing again. The earliest that a Cunard ship will resume sailing will be May 17th, 2021 on the Queen Victoria. Queen Mary 2 has had all itineraries cancelled until May 28th, 2021, while all itineraries on Queen Elizabeth are cancelled until June 4th, 2021.

MSC (Mediterranean Shipping Company) Cruises was previously operating one of their ships, MSC Grandiosa, around Italy. But a new order from the Italian government is creating much stricter rules around the country until at least January 6th, 2021. Because of this, sailings aboard the MSC Grandiosa are now suspended. While it was planned for the ship to sail throughout all of December and January, it will now resume sailing on January 15th, 2021. MSC Magnifica will also be waiting until January to sail.

Virgin really picked a rough time to get into the cruise industry. While their flagship vessel, Scarlet Lady, should have debuted a while ago, it has been forced to endure several delays. The latest delay on December 9th, 2020 will now see the ship making its debut in May 2021. The second Virgin ship, Valiant Lady, has also been pushed back and will now debut in November 2021. Let’s hope this is the last set of delays that Virgin has to do!

It’s not just Virgin that is having to delay the debut of some new ships. Carnival also announced on December 9th that it would be delaying several of its new vessels: Carnival Magic, Carnival Paradise, and Carnival Valor. It’s unclear when these ships will be prepared to sail, but it won’t be until the second half of 2021 at the earliest. Guests will be refunded for booked cruises via credit for future cruises or cash.

While we hate to hear about these cancellations, it’s possible that we won’t need to keep reporting on this for much longer. With a vaccine slowly being rolled out in the next few months, we might just see cruise lines start to hammer down a more definite restart date. Until then, we’ll keep you updated on all the unfortunate cancellations.