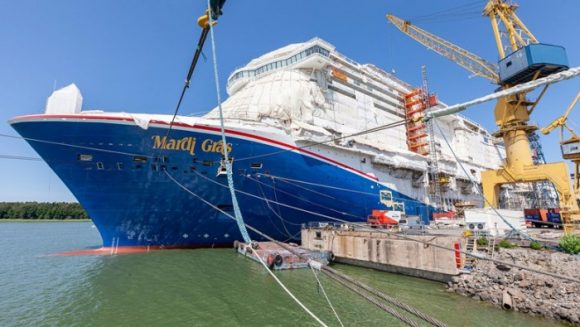 The New Cruise Ships That Have Been Delayed by Coronavirus

One of the most frustrating ways that the coronavirus pandemic has affected the cruise industry has been in the delay of new builds. Construction areas around the world have either slowed down or shut down due to the pandemic. This has forced the debut date of many new ships to be postponed to far later dates. But hey, that just means that we have plenty to look forward to, right?

Carnival is known for having a constantly evolving fleet filled with cutting-edge ships. Their new build that was set to debut this summer was the Carnival Mardi Gras, a ship that plenty of people were excited about. It was originally scheduled to be operational on August 31st, 2020, but this obviously did not happen. Instead, it was delayed and set for a maiden voyage on November 14th, 2020; this was later changed to February 6th, 2021. This date is subject to change as well. Still, we’re majorly looking forward to Mardi Gras. It will be powered by liquefied natural gas and will have a roller coaster on board. A freakin’ roller coaster!

Royal Caribbean is one cruise line that is consistently one-upping itself in terms of cruise ship sizes, so many were looking forward to their next few ships that are on order. The first was Odyssey of the Seas, a Quantum Ultra class ship that was set to be completed in 2020. The second was Wonder of the Seas, a ship set for completion in 2021 that would match Symphony of the Seas as the largest cruise ship in the world. Both have had their construction schedules slowed by coronavirus. Now, Odyssey of the Seas is estimated to be completed in 2021, and Wonder of the Seas is set for a completion date in 2022.

Princess currently has four ships on order. Two are unnamed and will debut in 2023 and 2025, dates which have so far not been delayed. The other two are the Enchanted Princess and Discovery Princess. The Enchanted Princess was ordered back in 2016 and was scheduled for a maiden voyage on July 1st, 2020. Due to construction delays, the debut date of this ship is now unknown. The Discovery Princess wasn’t supposed to sail until 2021, but the coronavirus put its construction three months behind schedule, leaving its debut also up in the air.

These three cruise lines are just a few of the many companies out there that have had new cruise ships delayed by the pandemic. Although it’s sad to see, we would much rather have them debut at a time when we can all celebrate it together.