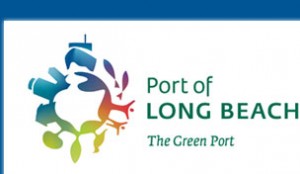 The Port City of Long Beach: Things to See and Do Before Leaving on a Cruise

Plenty of people know of Long Beach as a port city. The Port of Long Beach is, after all, the second busiest port in the U.S. (this first, the Port of Los Angeles, is right beside it) and serves as a major facilitator of U.S.-Asian trade. However, Long Beach’s Port, however busy it may be, is not generally associated with cruising. In fact, there are a number of cruises that leave from Long Beach, and if you find yourself on one of them, you’ll want something to fill your time before or after your cruise. It is for this reason that we have compiled a list of the things to see and do before leaving on a cruise from Long Beach.

First, a note about the cruises that leave from Long Beach. As we explained in our article about cruises from California, only one cruise line operates out of Long Beach, Carnival. The cruise line has four cruise ships that operated out of the port – Carnival Miracle, Carnival Imagination, Carnival Inspiration, and Carnival Legend – which sail to Hawaii, Mexico, and Tahiti. The trips to Hawaii and Tahiti are somewhat infrequent (especially to Tahiti), but cruises to Mexico are offered all year long. We mention this to give you an idea of what types of cruises might land you in Long Beach. It’s definitely not a large cruise ship port, so you have to be on a fairly specific cruise to end up there. But if you do end up there, here is what to do.

Before we mention any attractions specific to Long Beach, we should mention again that the Port of Long Beach adjoins the Port of Los Angeles. We have written about the things to do and see before leaving on a cruise from Los Angeles, and essentially all of these things apply to Long Beach by virtue of the close proximity of the two ports. We won’t repeat what we wrote in that article, apart from saying that if you have a day or more to kill before leaving on your cruise (or if you have some time after your cruise), you might consider going into Los Angeles, which, as the second largest city in the U.S., has no shortage of attractions. The Port of Long Beach is only about 25 miles (40 kilometers) south of downtown Los Angeles.

Conveniently, there are a few noteworthy things to do right around the Long Beach Port itself. The Aquarium of the Pacific, which is a very popular and highly-rated aquarium, is directly next to the port, right across the Los Angeles River. People complain that it is overpriced, so you’ll have to decide if the cost of admission is worth it (and it may not be if you only have an hour or so to spare), but it’s definitely something entertaining to do that requires little effort. The Scorpion Submarine, a decommissioned submarine from the Soviet Union, is also right nearby port, and is definitely worth checking out if you are interested in military history or the Soviet Union. Right next to the Scorpion Submarine is the Queen Mary, the luxury liner that sailed its last voyage in 1967. You can tour the ship to explore what cruising used to be like, and parts of the vessel have been converted into bars and restaurants. (There is also a museum on board.)

There are therefore a few things to do right by the ship – certainly enough to fill a few hours before your cruise departs, for example. Of course, Long Beach has more to offer than what is in the immediate vicinity of port, so if you aren’t interested in aquariums, an old ocean liner, and Soviet submarines, no need to worry. We can’t really “rank” the rest of what you can do in Long Beach, so what you end up doing will essentially be a personal preference. We can say that downtown Long Beach is only a couple of miles from the port, so you could walk, shop, and dine in this area if that’s what you feel like doing. There are also a couple of notable art museums in Long Beach – the Long Beach Museum of Art and the Museum of Latin American Art – which can be reached fairly easily from the port. However, you’d likely have to take a car, bus, or taxi, as getting to either one would be a fairly long round-trip walk. It’s definitely possible (both are about 3-4 miles away), but you might not have a ton of time before your cruise, and you also might not want to use all that time walking to and from a museum.

So, there are plenty of things to see and do before leaving on a cruise from Long Beach. There are several sights in the area directly surrounding the port, and slightly further afield there are also things worth checking out. Los Angeles is also nearby, so if you have more than a few hours to spare and you want to check out something in the city, this is definitely a live option. You shouldn’t have any trouble filling a few hours before or after your cruise.