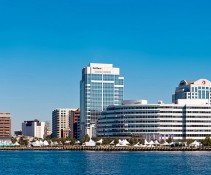 The Port City of Norfolk, Virginia: Things to See and Do Before Leaving on a Cruise

The Port of Norfolk, Virginia is not known for its heavy cruise traffic. In recent years, only Carnival has operated out of the port, and in 2014, even Carnival stopped offering cruises out of Norfolk, Virginia. However, Carnival is returning the Virginia port to offer seasonal cruises in 2015 on the Carnival Splendor, which will sail to the Bahamas and Bermuda. Norfolk is by no means a major cruise port, but tens of thousands of people will soon be cruising from the port each year, and if you are one of these people, here are some things to see and do before leaving on a cruise from Norfolk, Virginia.

Unlike some of the port cities from which you can sail (e.g., Los Angeles), Norfolk isn’t exactly a major metropolis. Thus, there aren’t an overwhelming number of things to do in the city, as often seems to be true in larger American cities. Still, Norfolk definitely isn’t a small town, and there are some things that make the city notable and worth exploring.

As is the case with many of the port cities we write about (exactly because they are port cities), there are a lot of military-related sites in Norfolk. Most notably, Norfolk has the largest Navy base in the world, and it is also the oldest Navy base in the US. Obviously, you can’t just walk around the base with no restrictions, but you can tour it, either by bus or by foot. The Naval Base essentially occupies the entire northwest corner of the city, and although it is along the same coast as the port, it is several miles away. One military site that is closer – indeed, it is essentially docked at the cruise port – is the USS Wisconsin, an enormous battleship that you can tour. Yet another military-related site in the city is the MacArthur Memorial, which not only commemorates the famous American general Douglas McAruthur, but also serves a museum. It is also conveniently right by the cruise port, so you could probably see the USS Wisconsin and memorial even if you only have a few hours of free time before or after your cruise. (For the sake of fully communicating Norfolk’s ties to the military, we should mention that one of NATO’s two Strategic Command headquarters is in Norfolk, although this isn’t a tourist destination per se. Indeed, from what we have gathered, there are no tours of the facility at all.)

Although the military-related sites are probably the most notable features of Norfolk, at least from a visitor’s perspective, there are of course other things to do in the city. Two in particular come to mind. The Norfolk Botanical Gardens are beautiful, and the Chrysler Museum of Art, which features a live-action glass blowing studio, is highly regarded and very popular. The museum is actually quite close to the port – it’s a little less than a mile away – so you could walk there if you have some spare time before setting sail. The botanical gardens, on the other hand, are further away and might take a while to get to, especially if you are using public transportation. There is no direct route there from the port, and you basically have to traverse across the entire city to get to the gardens. However, they happen to be right by the airport, which you may be flying into and out of for your cruise, so you could potentially visit them as you arrive or right before you leave.

Obviously, we haven’t supplied an exhaustive list of everything you can do in Norfolk, but we’ve hit on most of the top attractions, a lot of which involve the military. It’s worth mentioning that if you have a decent amount of time in Norfolk before or after your cruise – say, two or three days – you might consider traveling to a nearby city. You could check out and relax along Virginia Beach’s famous oceanfront, for instance, or you could go to Busch Gardens in Williamsburg. Both locations are easy to get to with a car, and in fact it’s actually pretty easy to get from Norfolk to Virginia Beach via bus. So, you shouldn’t have much trouble finding things to do and see in Norfolk. If you only have a few hours, there is plenty in the area surrounding the port to keep you busy, and if you have a day or more and there is nothing left to see in Norfolk, you could head to one of the cities in the surrounding area.