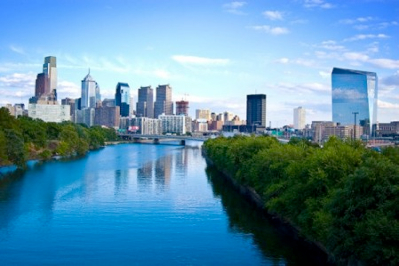 The Port City of Philadelphia: Things to See and Do Before Leaving on a Cruise

As we said about both Baltimore and Boston, Philadelphia is a major U.S. city, and so of course there is lots to do there. Few cities with millions of people are altogether boring, and this is especially true given Philadelphia’s historic nature. Indeed, this is perhaps the city’s strongest draw – people travel from all over the world to see what is essentially the birthplace of the United States. Both the U.S. Constitution and the Declaration of Independence were written in Philadelphia, although the city, being founded in 1682, predates the creation of both. For the U.S., Philadelphia is like the site of an ancient civilization, and the marks of this civilization – like Independence Hall and Independence National Historic Park – are a major part of what makes Philadelphia a cool place to visit, and why you’ll have no trouble occupying your time in the city.

Philadelphia is different from cities with one major port set in a harbor, primarily because it has no harbor. Rather, it has the Delaware River, which runs right through the city and flows into the Atlantic Ocean perhaps a hundred or so miles away. For this reason, we can’t really talk about sights to see around the port, as ships depart from different parts of the river. For instance, when Royal Caribbean operated out of Philadelphia, it did so out of the Navy Yard, which is on the southern side of the city, near the Franklin Delano Roosevelt Park (which might be a place to kill some time if you are in the area for a cruise). There actually isn’t much by way of notable sights in this part of the city. In contrast,Spirit Cruises, a company that offers cruises on small vessels that last a few hours, is based at Penn’s Landing, which is right in the heart of the city. It is actually only a few blocks away from two of the city’s most iconic attractions that were mentioned earlier, Independence Hall and Independence National Historic Park. You should definitely check out both of these places if you are going on a cruise with Spirit and have extra time.

So, what you see will depend on what cruise you are taking and how long you are in the city. If you have a full day or more, you won’t be tied to any particular part of the city, and thus could see some of the historically-oriented attractions, and maybe one the city’s famous museums. (The Philadelphia Museum of Art is especially acclaimed.) If you only have a few hours, it is wise to stay near your port, and not every place a ship can take off from (e.g., the Navy Yard) is surrounded by sights, although this isn’t much of a problem if you don’t have much free time anyway. Regardless of your situation, you’ll probably enjoy your time in Philadelphia and remember it as a nice addition to your cruise experience.

← Disney Cruises: A Close Look at Disney Cruise Line
The Port City of Galveston: Things to See and Do Before Leaving on a Cruise →