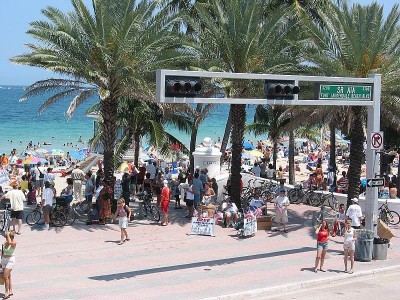 The Port City of Fort Lauderdale in the Everglades: Things to See and Do When You Are Leaving on a Cruise

Even if you don’t want to make any effort to see the sights of Fort Lauderdale, you’ll likely still enjoy your time there, as it is a highly regarded vacation destination in and of itself. (In this way it is like Charleston or Boston, and not like, say, Bayonne.) Fort Lauderdale offers 23 miles of beaches that look into blue and green waters filled with sea life. There also several canals in the city, which is why Fort Lauderdale is sometimes called the “Venice of America.” There is also great shopping and dining along one of the city’s most famous streets, Las Olas Boulevard. Basically, Fort Lauderdale is a classic place for sun and relaxation. People are less inclined to check out local monuments when a beach is nearby, and perhaps you’re content to spend your time in Fort Lauderdale lying on the sand.

If you do want to spend time off the beach, though, there are a few notable attractions in the city. On the coast is the Bonnet House Museum and Gardens, a 35-acre waterfront estate. Bonnet House is beautifully decorated on the inside, and the grounds on which it sits are covered in small ponds and gardens. Near the center of town, a couple of miles from the shoreline, is the Riverwalk Fort Lauderdale. Although there is no main sight to see and some complain that it is boring, it’s at the very least a nice place to take a walk and look at the boats passing by under the bridges. It is also right near Las Olas Boulevard, so the two could be visited at the same time. For those interested in the wildlife of southern Florida, the Fern Forest Nature Park, in which there are hundreds of species of plants (and over 30 species of fern), is a nice place to visit that isn’t far from the center of Fort Lauderdale, and if you want to get out even more, you might consider visiting the Sawgrass Recreation Park, where you can take an airboat tour through the Florida Everglades.

While certainly not a major city, Fort Lauderdale has plenty to offer a cruise vacationer with a free day or two, either before or after a cruise. There are a few things to see and do, and even if you aren’t inclined to put forward much effort to see what Fort Lauderdale has to offer, you can always just hang out on the beach.