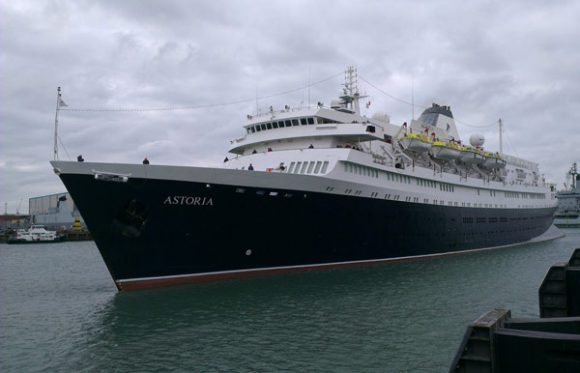 Three Facts about MV Astoria, the Oldest Cruise Ship in the World

The MV Astoria, the oldest cruise ship in the world, has had a storied career. It’s relic from the days of passenger liners that existed before the cruise industry really became a thing, and it’s been operating for more than seven decades. That’s a long life for a ship! Just a few months ago, however, Cruise and Maritime Voyages (CMV) announced that they were putting the ship to auction. It did not sell, and its future is currently a mystery. While we wait to see how that will unfold, let’s take a look at a few crazy facts from the ship’s past.

It is a ship of many names

Any ship that is around for a long period of time is bound to change hands a few times. Cruise lines sell and trade ships all the time, and MV Astoria has been caught in that cycle for its entire 72-year lifespan. It has had, in total, 11 different names over the years. It started off as the MS Stockholm back in 1948 for a company called Swedish American Line (SAL). SAL wasn’t really a cruise line but more of an ocean shipping company. It was sold to the German Shipping Company in 1960 and rechristened the Völkerfreundschaft. The renaming process continued after this, with the ship eventually going through the names Volker, Fridtjof Nansen, Italia I, Italia Prima, Valtur Prima, Caribe, Athena, and Azores.

It was involved in a ship collision

There are a lot of reasons why one might know about MV Astoria, but certainly the most dramatic event of the ship’s career came in 1956. Still known as the Stockholm at the time, the ship was sailing in poor visibility near Massachusetts on July 25th. It suddenly crashed directly into another ship known as Andrea Doria. While Stockholm was mostly fine, Andrea Doria ended up fully capsizing. 46 individuals perished, though rescue efforts were able to save many guests who may have otherwise not have made it.

It wasn’t always a cruise ship

When the MV Astoria was first launched as the MS Stockholm, it wasn’t really meant to be a cruise ship. SAL was a shipping company, after all, and the idea of a ship solely designed for vacations wasn’t really around in the 1940s. However, as the 50s rolled in, the ship slowly morphed into something resembling a modern cruise ship. It gained a movie theater and a pool in the mid 50s. Its identity as a true cruise ship was solidified in 1989 when it was sold to a cruise line called Star Lauro Lines. They completely redesigned the ship and made it into what you see today.

MV Astoria is, without a doubt, one of the most important vessels in cruise history. We may see it sail another day depending on what CMV ends up doing with it, but there’s also a possibility that it has sailed its last voyage. Either way, it remains a compelling artifact of cruising’s past. 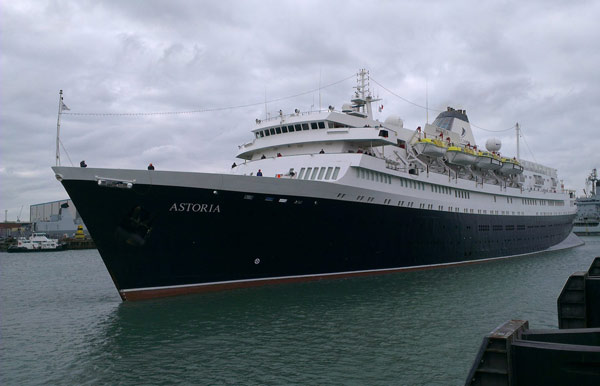