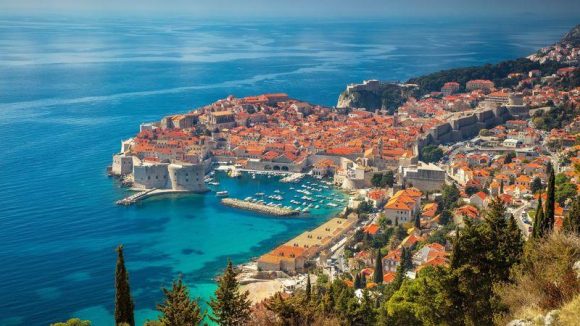 There are some cruise destinations out there that, despite being overlooked and underrated, should be on every traveler’s bucket list. We are all familiar with the most popular locations in the Caribbean and Mediterranean, but there is a whole world out there to explore. Why limit yourself to the places that everyone else is going to? Here are three underrated cruise locations that we think are worth going off the beaten path to.

The Douro River earns a spot on this list for two reasons. First of all, river cruises in general are underrated compared to ocean cruises. Second of all, the Douro River gets completely overshadowed by well-known rivers like the Nile or the Danube. As one of the longest rivers in the Iberian Peninsula, the Douro travels through Spain and Portugal and offers a ton of awesome opportunities for the European tourist. The Douro lets you see a popular travel destination from a new perspective. This river is great for someone wanting a more relaxed river cruising experience compared to the other European rivers.

Southeast Europe isn’t really known as a cruise destination in the same way that other areas of Europe are. Croatia is, in general, an incredibly underrated location to cruise to. The beaches are absolutely beautiful, the history is super interesting, and it’s a great place to go if you’re looking to avoid the major crowds at other beaches. Dubrovnik, Croatia is a port that everybody should try to visit at least once. The beach is right next to a historic town that was even used in Game of Thrones. How can you go wrong with that? You can’t, we say. You just can’t. The photos of Dubrovnik really speak for themselves.

Asia as a whole is just beginning to come into its own in terms of cruising. If you’re a traveler who enjoys a more personal trip with less people around, you may want to book your trip to Japan sooner rather than later. Cruising to the country is only going to get more popular as time goes on. Consider going in early spring to catch the bloom of the cherry blossoms (as well as nice weather). The best part about cruising to Japan is that it is surrounded by a large number of beautiful islands. While you can spend your entire time in the main islands of Japan, look out for itineraries that let you stop at some more obscure spots. You won’t regret it.

There’s nothing wrong with visiting the tried-and-true cruise locations in the world, but there are tons of benefits to stepping off the normal course. These three destinations are great to have on your list, but do some of your own research too. You’re bound to stumble upon some amazing spots that you wouldn’t have found if you had stuck to the mainstream locations!

Article Name
Three Underrated Cruise Locations
Description
There are some cruise destinations out there that, despite being overlooked and underrated, should be on every traveler's bucket list.
Author
Ben Mangelsdorf
Comments: 0 Posted by: Ben Mangelsdorf Categories: Cruise Ports, European Cruises, Mediterranean Cruises, River Cruises