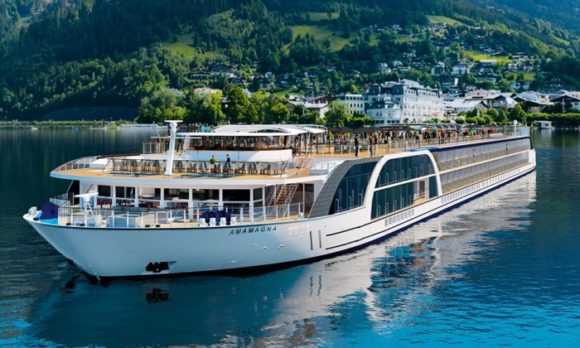 River cruises have been gaining a lot of popularity. They offer a very different experience than typical ocean cruises. But aside from the fact that you’re on a river rather than a much larger body of water, what are the major differences between these kinds of cruising? Here are the three that you should know if you’re interested in river cruises.

If you’re used to the typical mega-ship owned by companies like Royal Caribbean or Carnival, stepping onto a river cruise ship will be quite the shock. All river vessels are smaller than those giant cruise ships used by most ocean cruise lines, and most are smaller than even the intimate luxury ships of the more high-end cruise lines. And it’s not just the ship itself that is smaller. The cabins are less roomy, the dining halls are smaller, and the views are generally less expansive. This isn’t a bad thing, though! River cruises generally feel much more personal because of their smaller size, and your needs are catered to more so than on a larger ship. Still, make sure to be prepared for a major size difference in almost everything.

There is less sailing

Some people love going on cruises for the relaxing feeling of being at sea for days. Others just use cruising as a way to visit unique towns and locations. If you’re in that second category, you’ll love river cruises. There are hardly any days that are solely dedicated to cruising, and almost every day will either be at a port or a quick trip to another port. If you need those long sections of downtime, though, you can still get them by just relaxing wherever you happen to be. But if you love the feeling of being on a boat as it sails for hours and hours, river cruises may not be for you.

River cruises have a lot of benefits versus ocean cruises. But, with that said, they are generally less affordable than most other cruises from mainstream cruise lines. In the end, though, the actual value of the cruise is determined by you. Do you want a robust, immersive experience with less tourists around? If so, the price of a river cruise will probably be worth it versus the price you would need to spend to have that same experience on an ocean cruise. Still, if you’re a bargain hunter, the cheapest cruises are always going to be on the ocean.

River cruises can be a lot of fun. If you’ve never tried one out, 2022 might be the year to do so!