Victory Cruises, an admittedly small cruise line, has announced the inaugural 2021 itineraries for Ocean Victory. They’re known for being incredibly luxurious, all-inclusive and having an emphasis on education and science, and it seems that their future ship will be no different. It’s planned to be their third vessel, and its delivery should be expected by the first half of next year. The announced program focuses on Alaska, though there are a few other choice spots that Victory plans to scope out as well. Let’s take an in-depth look at these trips and get excited!

The northbound itinerary departs from Vancouver and winds up towards Sitka, Alaska over the course of 12 days. There are a total of six possible departures: May 21, June 11, July 2 and 23, August 13, and September 3. Along the way to Alaska, passengers will see the Fiordland Conservancy, a very impressive park that contains glacial fjords; LeConte Glacier, a 21-mile glacier in Alaska; Frederick Sound; and many other amazing spots. The price starts at $4199.

The southbound itinerary basically reverses the northbound. It begins at Sitka and moves back down to Vancouver. You’ll mainly see the same sights and stop in the same places, but at a bit of a slower pace: the southbound takes 13 days rather than 12. One can also expect that the experience and sights will differ in slight ways. One important way it differs in is the price: it starts at $4999 rather than $4199. There are also six departure dates for the southbound trip: May 31, June 21, July 12, August 2 and 23, and September 13.

This itinerary is very different than the other two. First, it only happens once. It departs on September 24 and takes 12 days to travel to Seattle, Washington. The ports along the way are said to be “Princess Royal Reach/Princess Louisa Inlet; Copeland Islands Marine Park; Alert Bay/U’Mista Cultural Center; Cortes Island/Von Donop Inlet; Desolation Sound – Redonda Islands; “Sunshine Coast” – Pender Harbour; Gulf Islands/Ganges; Victoria and Seattle, W.A.” It’s an action-packed one, and those interested should be looking to jump on it soon, as there is only the one departure date.

The varied and sensitive locations being visited on these itineraries is particularly exciting combined with the fact that Ocean Victory will have a team of experts on board to help educate travelers. It’s planned that they will give lectures and lessons. If that’s the type of cruise you’re looking for, Ocean Victory could be your dream ship in 2021. 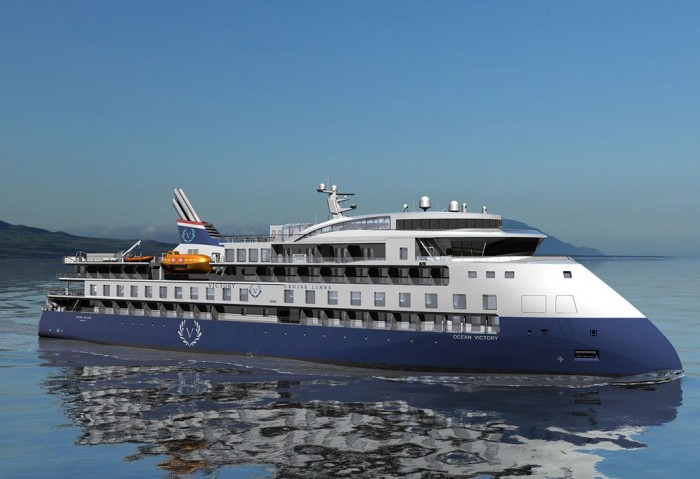