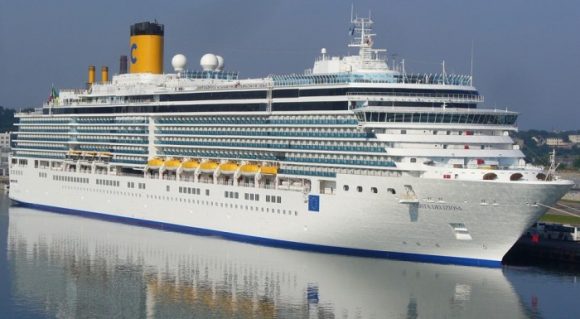 Was the Costa Deliziosa Really the Last Cruise Ship in the World to Dock?

Those who have been plugged into either cruise or coronavirus news recently will have seen various headlines proclaiming that the so-called last cruise ship in the world has just docked. This statement doesn’t seem all too crazy considering how many major cruise lines have suspended operations, particularly those that cater to the U.S. market. But, are there are any more cruise ships still out there on the ocean? Let’s check the facts on this one and see what’s up.

The ship in question is the Costa Deliziosa, a large ship that has been touring the world since January 5. The itinerary it was on was scheduled to run for 115 days, ending on April 26 in Venice. With the arrival of the coronavirus pandemic, it was cut short, however.

The Deliziosa ended up arriving in Barcelona on April 20. Among the 1519 passengers that were still on the ship, 295 were able to disembark, with 898 crew members remaining. From here, the ship headed to Genoa and arrived there on April 21, but was unable to dock until on April 22. Travelers from all across the world are now set to disembark, though many of them are unsure about their travel home.

While it was still sailing, the Deliziosa was considered an incredibly safe place to be. There were no confirmed cases on board, so it was essentially a floating, quarantined safe house. Many of the passengers didn’t even want to disembark, as they knew the situation on land was definitely less safe than the isolation offered by the ship. Unfortunately, Costa’s parent company Carnival has been focused on getting all ships back to port, so it was inevitable. So, they will be coming back to a completely different world than the one they left, and they will have to quickly adapt to the changes.

The final ship to dock?

As per CNN, the Cruise Lines International Association referred to the Deliziosa as “the only one of its vessels still carrying a significant number of passengers.” The CLIA accounts for 95% of all cruise ships, but there’s still another 5% to be thought about. Are there any ships still sailing out there? Well, it depends on how you define it. Off the coast of Port Canaveral, there are currently a few ships waiting for the ability to dock that are just floating idly in the water. But aside from that, it seems that there are no cruise ships currently sailing on regular itineraries.

While it will be a tough adjustment for those on the Deliziosa, it’s good that they are able to return and disembark safely. It’s more than a little bit odd to say that there aren’t any cruise ships currently on the ocean, but that’s the situation we’re dealing with right now. It’s impossible to say how long this will last, but we wouldn’t expect a major cruise line’s vessels to hit the water any time soon.

Article Name
Was the Costa Deliziosa Really the Last Cruise Ship in the World to Dock?
Description
Are there are any more cruise ships still out there on the ocean?
Comments: 0 Posted by: Ben Mangelsdorf Categories: Costa Cruises, Cruise News