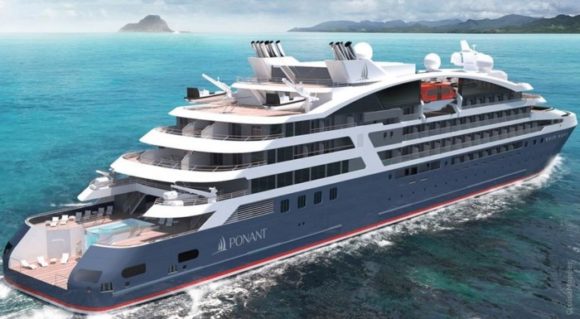 Cruise sustainability is a topic that is becoming more and more important in the industry. Many cruise lines are beginning to focus on eco-friendly initiatives. This trend has been in the works for quite some time now, with a 2020 survey predicting as such. One of the major initiatives has been implementing liquefied natural gas (LNG) as a fuel source. AIDA led the way in this regard, but other cruise lines are starting to follow in their footsteps.

However, it’s unclear if LNG is enough to sufficiently lower the cruise industry’s ecological footprint. According to the CLIA, a partnership of many large cruise lines, “energy efficient design standards will reduce CO2 emissions by 30 percent by 2025.” Those methods have not yet been detailed, however. LNG will certainly play a role, but will further actions be taken? Is a 30% reduction even enough to make the cruise industry a more sustainable one?

Some other groups are choosing an even more futuristic path by looking towards net zero emissions. Ponant is a great example. On May 2nd, they announced some details about their upcoming newbuild ship, which they claim will be carbon neutral. While the ship is still being developed by Ponant, they have said that it will be “a new kind of vessel.” One of the methods they have talked about relates to hydrogen as a fuel source. Herve Gastinel, Ponant’s CEO, said, “When you think about hydrogen, you can also produce your own hydrogen aboard. It is something that is feasible. Having an autonomous ship would be the ultimate solution.”

This sounds absolutely brilliant, and it’s a push we would like to see other cruise lines start making. Is that likely, though? Ponant is a very small cruise line — this theoretical carbon neutral ship is only planned to accommodate 100 to 200 guests. A ship for a company like Royal Caribbean would be much trickier to engineer to net neutral emissions.

There’s another piece of the puzzle when it comes to truly sustainable cruise ships: indirect emissions. Even the perfect carbon neutral ship would require a large amount of emissions to simply be constructed, and this would constitute indirect emissions. In regards to this, Anders Ørgård, the CCO of Danish ship company OSK-ShipTech, put it bluntly: “There is no such thing as a zero-emission ship.” Suggesting a better way of thinking, Ørgård said, “Rather than exclusively focusing on emissions from operations, shipowners should do a cradle-to-grave life cycle analysis.”

Is it hopeless? Of course not! The cruise industry has proved time and time again that it is capable of amazing innovations even in the face of seemingly insurmountable problems. But an actively inventive approach will be needed to reduce the industry’s footprint, which has been described as “a major source of environmental pollution and degradation, with air, water, soil, fragile habitats and areas and wildlife affected.”

Article Name
What Does True Cruise Sustainability Look Like?
Description
Cruise sustainability is a topic that is becoming more and more important. Cruise lines are beginning to focus on eco-friendly initiatives.
Author
Ben Mangelsdorf
Comments: 0 Posted by: Ben Mangelsdorf Categories: Cruise Lines, Cruise News, Everything Else