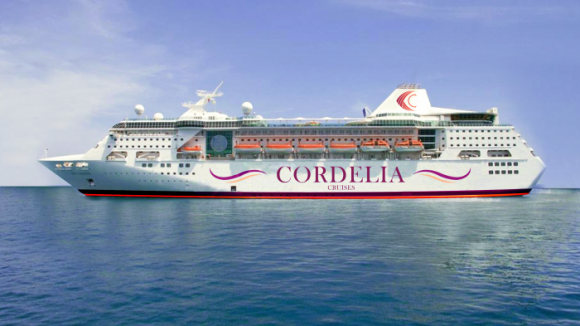 When to Expect the Debut of the New Cordelia Cruises

The pandemic put a pause on a few new cruise lines, with Cordelia Cruises being among them. Unlike other startups like Virgin Voyages, Cordelia actually acquired their first ship after the pandemic had already started. Still, they were hoping for an inaugural voyage in early summer 2021. Unfortunately, it seems like that won’t be happening as planned. Here’s all that we know about Cordelia at the moment, as well as an idea of when we can expect the new cruise line to finally hit the seven seas.

Cordelia Cruises can be thought of as a spiritual successor to India’s Jalesh Cruises. Jalesh shut down in 2020, and its president went on to become the president and CEO of Cordelia. Cordelia purchased the former Empress of the Seas from Royal Caribbean at the tail end of 2020, and they were debating on whether they were going to buy a second ship around the same time. Cordelia shortened the name of the ship to just Empress and decided on the date of May 7th, 2021 for its inaugural voyage.

What to expect on Empress

There are still a lot of aspects that we don’t know about Cordelia’s Empress. We do have a general sense of what can be expected on board the ship, though. The ship will put an emphasis on Indian culture, as the cruise line is positioning itself as a company for “Indians catering to the way Indians love to holiday.” That means that there will be classic dining options such as Indian street food, tandoors, and restaurants catering to Jain dietary restrictions. There will also be international options such as pizza and pasta. As for entertainment, the ship will offer the cruise experiences we have come to know and love such as rock climbing and swimming.

As one of the few companies in a burgeoning market, Cordelia Cruises was receiving a large number of booking requests for their inaugural season. They unfortunately had to push back their start date due to the ongoing coronavirus situation in India. They have not yet given a new date. They did say, however, “We are very confident that with the current initiatives taken by the government of India and state governments, Indians will soon be able to travel safely and create travel memories once again.” We expect that we will see Cordelia sailing later this summer, but it all depends on the vaccine rollout and other mitigation efforts in India. July seems like a safe bet at the moment, but it’s very hard to say.

India is one country that definitely deserves a premium cruise line, and Cordelia seems like it might just be the company to fill that niche. We’re looking forward to when they can safely make that inaugural voyage!

Article Name
When to Expect the Debut of the New Cordelia Cruises
Description
Here's all that we know about Cordelia at the moment and when we can expect the new cruise line to finally hit the seven seas.
Author
Ben Mangelsdorf
Comments: 0 Posted by: Ben Mangelsdorf Categories: Cruise Lines, Cruise News

← The Latest Updates on the Push to Resume Cruising in the U.S.
Three More Underrated Cruise Destinations →